The Franciscans describe it as sitting on the bottom of a river, with your legs tucked under you, the heavy slow breeze of a soft current embracing you and looking up see the bottoms of small boats going by overhead.  You might get up and swim to the surface to be inside a boat, maybe without even knowing you're doing it, or you may just as well magically find yourself sitting in it.  You don't get attached to the boat.  You don't scold yourself for being in the boat.  You just hop overboard and go back to sitting in silence at the bottom of the river as the little boat bottoms pass overhead.

Where people so often despair of learning to meditate is that moment when they keep finding themselves in the next boat.  The boats represent thought.  Your attitude towards finding yourself in the boat - wrapped up in thought - is actually the important part of what you're trying to do.  Silence is a nice thing, but most of the time you're diving over the side of the boat.  Meditation is more about letting it go without attachment and moving back into silence.

But what if you keep floating up?  There is a sacred word of your choosing that you can hang onto, as though grabbing a fistful of seaweed to anchor yourself.  You bring your thoughts there until silence returns to you.  You are after all, only clearing a path for God to touch you.

I am a mystic.

I had thought that mysticism was dead in Christianity.  I thought the Catholics had stamped it out as a heresy going back as far as the Gnostics, but I'm delighted to find out that I was wrong.  The Franciscans and Benedictines have been keeping Christian contemplative techniques and beliefs alive for hundreds of years by discreetly not calling much attention to them.  What is most thrilling to me is that Christian "contemplative prayer", preserved in monasteries over the ages is identical to Transcendental Meditation.  "TM" is almost identical to Buddhist "Shamata" meditation.  You have three distinctly different belief systems, Hinduism-Vedanta, Buddhism, and Christianity that have independently arrived at the same meditation technique, with the same attendant explanations and the same aspirations.    Like three scientists testing three experiments and getting the same data.  This is as close to actual science as actual religion ever gets.

It isn't just one book I've been reading on this, when I get excited on a subject I often read syncretistically, that is, several books on the subject at once.  The two books I've whittled it down to are "Open Mind Open Heart" by Father Thomas Keating, a Trappist monk, and -"Centering Prayer and Inner Awakening" by Cynthia Bourgeault, an Episcopal priest . 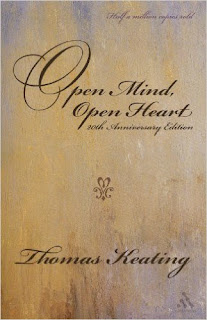 They have both written several books on Christian mysticism it turns out, including a few by Father Keating on straight up Catholicism, to just to show he's the real thing, but the best one to begin with is "Open Mind Open Heart".  If you've studied the method of contemplation presented you've essentially learned Transcendental Meditation for free, just like if you learn Latin you've learned Italian.

Mysticism, Christian or otherwise, is about experiencing God directly.  It represents also another view in Christianity, kept alive by Unitarian-Universalists - my people - that there is no final disposal of the wicked, "Universalism".   This is the belief we are all destined for divinity eventually even if some of us get pretty lost along the way.  The worst of us carries the spark of divinity by nature because there is no creator and there is no creation.  From quarks to the most massive black hole,   there is only God. 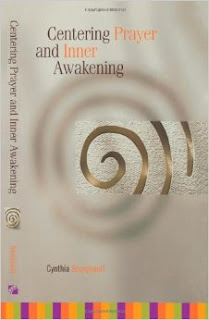 This is a non-dualistic viewpoint of God and Man and reality.  Technically a mystic like myself is an atheist, because I reject a more personal image of God, even though I believe in God.  The best analogy I know is the ocean.  A wave rises on the surface of the ocean.  A wave is the ocean in an individual expression, and may forget the ocean exists, maybe even deny the ocean exists, yet the wave is always the ocean in a brief individual expression.  There is no difference between the ocean and the wave, they are the same.

A theistic, dualistic view of God and Man takes the position that God is all goodness and purity and human beings are broken things that cannot approach God directly.  We need a middle man or a belief system of priests and right beliefs.  The non-dualistic approach is that there can never be a separation between the wave and the ocean it rises from, it just has to find a way to look down and re-discover the ocean it belongs to and has always belonged to.  "Thou art that, I am that, all this is that" say the Vedantists.  "Amen", say the Franciscans, crossing themselves.