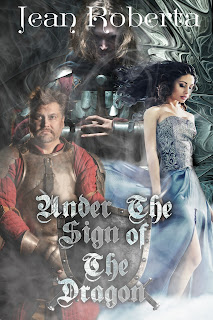 My story about the conception of King Arthur, "Under the Sign of the Dragon" (available on Excessica) is about a legendary triangle. This seems to be as close to swinging as I get.

According to Wikipedia, “swinging” is “an arrangement in which partners in a committed relationship engage in sexual activities with others.”

To my own amazement, I’ve never done this. When I’m committed, I’m monogamous. Between relationships, of course, I’ve had some fun encounters, including hotel-room trysts with married men when I was working for several escort agencies in the early 1980s. I’m fairly sure my johns didn’t tell their wives about me, and I often wondered how they kept their spending habits secret.

My sex life according to other people has been unbelievable. I sometimes wish I had recorded some of their stories on tape or disk. None of these urban legends involved swinging, per se, but my phantom encounters could be classified as another sport—maybe trampolining.

Some of you might remember my late ex-husband from the 1970s. I’ve introduced him here before. He was a refugee from the Nigerian civil war of the early 1970s when I met him in London, England. I eventually sponsored him into Canada as my fiance, and we were married in 1975.

Before he arrived, I rented an apartment for us in the downtown area of Regina, capital city of Saskatchewan, and furnished it on my savings. Everything I bought was on-sale or second-hand. One piece was a very comfortable green armchair with broad arms that I bought for $5 Canadian. (Who could resist such a bargain?) It had a white stain on one arm that wouldn’t come off with water alone, and I was afraid to use any cleanser on it for fear of damaging the upholstery.

Fiance arrived, and he was not impressed with our honeymoon suite. He seemed to think my parents would be supporting us, which they never promised, and I didn’t expect. I looked forward to our wedding as a rite of passage that would launch me beyond my parents’ control. This certainly wouldn’t work if they held the purse-strings.

Fiance and I were like two people in a rowboat in a vast ocean, frantically trying to reach land by rowing in opposite directions.

He was not happy that I was already on the birth-control pill because I didn’t want to get pregnant too soon. He was beyond unhappy about the armchair.

One day, he asked me if the stain was caused by “juice.” I said it probably was.

Fiance’s eyes grew large, and he seemed about to explode. “You’re telling me that’s juice?!” he demanded.

I didn’t know why he was erupting like a volcano until I realized what kind of juice he had in mind. He thought I had been fucked on the arm of the chair, and the juice of my overstimulated girl-fruit had flowed all over.

I decided to try any means necessary to scrub the stain off the chair. I used some household cleanser, and it worked. New Husband (as he was by then) felt this was proof that the stain was caused by my love-juice. Of course, if the stain had been permanent, that would have proved the same thing.

When the Stain on the Armchair came up again and again as a topic for argument, Husband reminded me that when he first asked me about it, I confessed to leaking “juice” onto the chair. Nothing would shift him from his position, which showed the chair’s ability to trap the unwary.

Does it surprise you that when I left, I didn’t take any furniture with me?

I was a university undergraduate, and I told Husband that I wanted to join the staff of the student newspaper. I wanted to get some experience doing layout by literally cutting-and-pasting articles on a light table. (Computers were a thing unknown.) Putting the newspaper together had to happen after classes, and it could be a lengthy process since a few veterans knew what to do, and they had to explain the steps to us newbies. Husband didn’t object when I told him I had to stay late to “put the paper to bed.”

He soon changed his mind. When I tried to calm him down by phone, he demanded that I come home at once to cook supper for him, since it was my turn. I told him I would trade turns with him. He told me he was very hungry and would stay that way until I came home like a decent wife. I invited him to come to the university, meet all the rest of the staff, and help us finish faster. He refused to meet people who clearly had no respect for him as my husband.

The last straw for Husband was that someone on the newspaper staff ordered a large pizza so we could eat something and keep working until we were finished.

When I came home, Husband demanded food, then grilled me as I cooked. He asked if there were men in the student newspaper office. I told him there were students of both genders. Apparently this meant I had spent a shocking amount of time in close contact with men. When he learned about the pizza, he decided that I had gone out with a group of men to dine on pizza while my husband starved at home.

And so my newspaper experience became (in the many arguments that followed) the Great Pizza Party. I resigned from the newspaper staff after that evening, but the story continued to expand like dough.

Incidents continued to pile up during the two-and-a-half years of our marriage. Eventually, Husband told me he would take our baby daughter home to Nigeria to rescue her from me, even though he was probably not her real father. He warned me that if I stole our daughter (who was somehow his property, even though he claimed he had no obligation to support her), he would tell the whole world the disgusting truth about me.

He called a travel agency to ask about a flight to Nigeria. I was terrified of losing my baby, so as soon as he left the house, I escaped with her and went to a women’s shelter.

Like a large container of moldy pizza, rotting upholstery or sour milk, Husband’s version of our marriage was spilled on all our friends and acquaintances soon after I left. After baby and I had spent a week in the shelter, my parents invited us to move in with them, so Husband called them numerous times to tell them the unabridged version of What I Had Done.

My mother finally shut him up by telling him she wouldn’t listen to him unless he could provide incriminating photos.

I had to make plans for my future as a single mother, and eventually my parents agreed to support me through an Education degree so I could teach English in a local high school. While running errands, I often ran into people I knew. Most of them told me it was really too bad I had ended my marriage with Husband instead of resolving our problems. They told me he had explained everything to them, and they were not willing to take sides.

Only my best friend could look me in the eyes. She didn't hesitate to take a side, and I loved her shamelessly partisan approach.

I wondered whether my reputation from my daring escape in spring 1978 had continued to fester and grow among people I had never met.

Much as I admire the uses of imagination, I decided to use mine by writing stories about unreal characters. I like to believe that my sex stories are stranger than truth, and not libellous.

It seems I am the star and producer of many an amazing scene that never took place on this planet. Am I or have I been a swinger? According to legend, I’ve swung, bounced, rocked and rolled. I can only imagine what will be said about me once I've left this world.
------------