Take a long walk off a short career


I listen to podcasts while I clean the kitchen. Self-publishing podcasts, mostly. That's why the notebook on my fridge is covered in titles of books I want to write.

Books like: The Lazy Writer's Guide to a Sustainable Long-term Writing Career.

If I actually wrote that book I don't think anyone would buy it, so I probably won't write it. Mind you, I've written a lot of books nobody buys, so maybe I will. We'll just have to wait and see.

What brought this idea to mind in the first place? Most of the marketing advice geared toward authors (in the self-publishing sphere in particular) is stuff that I'm either way to lazy or way to cheap to put into play. Maybe I should call my book The Cheap-Ass Writer's Guide to a Sustainable Long-term Writing Career. Because, lazy as I am, I'm ten times cheaper.

If I funneled hundreds, thousands, even tens of thousands of dollar into Facebook advertising maybe I'd make more money. Or maybe I'd be out hundreds, thousands, or tens of thousands of dollars. Maybe if I purchased pricey advertising slots on bookish newsletters I'd sell more copies of my books. Or maybe I wouldn't.  I'm not the kind of person who likes to take risks. Just ask my sister how it works out every time she tricks me into going to the casino with her. I am not a gambler. In my mind, expensive advertising is always a gamble. 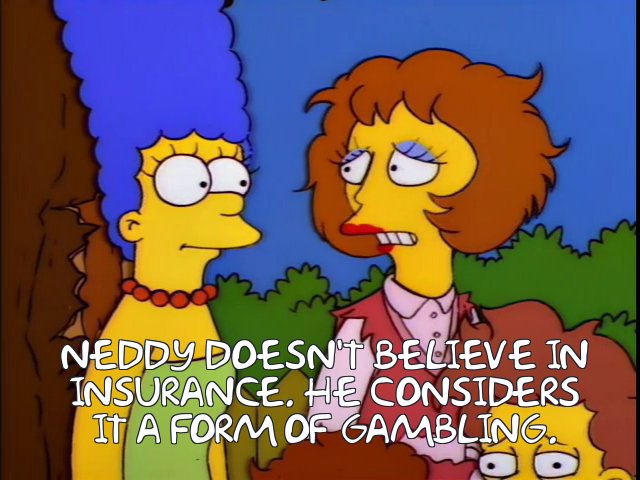 My book would be incredibly controversial. It would go against all the advice you'd typically get from those in the know. But what it really comes down to is how you want to live your life. I think a lot of advice is aimed at people whose idea of success is vast financial gain. If you want to earn a lot of money, you should be prepared to work hard and make sacrifices.

My advice would be geared toward people like myself: writers who are in it for the long haul, but who want a pretty peaceful life, who aren't expecting to make millions in their first year, or probably ever; people who are laying the groundwork for a slow and steady career as a writer.

You can work really hard if you want to. You can wake up at 5 in the morning to write until your brain melts. But the thing about writing 40 novels per year is that it's really fucking tiring. Maybe you can do it for a couple years, but most people aren't going to find that type of production schedule sustainable across the decades. And instead of backing off and just writing... oh, say, 30 novels per year... a lot of authors burn out and stop writing completely.

I don't want anyone to think I'm tearing down authors who make a quick buck and then ride off into the sunset. Earning a shit ton of money is a huge accomplishment--and it's certainly an accomplishment I have yet to accomplish.

My goal was to earn enough money from writing to pay my bills. I'm not a shifting goalposts type of person. I don't feel the need to earn more money this month than I earned last. I just need to keep afloat, and I can do that because I've being doing this work for more than 10 years. Every book is an investment. I couldn't pay the rent with my earnings in year one. Not sure I could have done it in year five. I've had a variety of part-time jobs over the course of my writing career, but the writing was never my part-time gig. The minimum-wage jobs were the part-time gigs. Writing came first.

Like I said: I don't think anyone would buy my guide to a sustainable writing career. Most people who are prepared to take ten years to reach their ultimate goal can probably figure out on their own how to get there. But maybe it would be encouraging for people like me to know that you can be a writer without being a go-getter. That's okay. You don't have to feel bad if you don't earn much or you don't release a book a week. It's still possible to make a living from your writing. It just takes a while.

Giselle Renarde is an award-winning queer Canadian writer. Nominated Toronto’s Best Author in NOW Magazine’s 2015 Readers’ Choice Awards, her fiction has appeared in well over 100 short story anthologies, including prestigious collections like Best Lesbian Romance, Best Women’s Erotica, and the Lambda Award-winning collection Take Me There, edited by Tristan Taormino. Giselle's juicy novels include Anonymous, Cherry, Seven Kisses, In Shadow, and The Other Side of Ruth.
Posted by Giselle Renarde at 1:24 AM