Some time ago I found  myself on the receiving end of a piece of really good advice. It was this.

Imagine a time perhaps sixty years in the future. You’re long dead, and your daughter is a grandmother herself, talking to her own grandchildren. And she’s talking about you. What will she be telling your descendants?

Perhaps the praise will be of a more practical nature. You were a good cook, always worked hard and made sure the bills were paid. Pyjamas were ironed in your house, there were plenty of home-cooked meals on the table and beds always neatly made up.

Or perhaps you were seldom there because you were working. You made plenty of money and were generous with that, but she saw little of you.

Or maybe you were a mix of all these and more besides.

The basic truth is, we all do our best. Parenting isn’t easy, there’s no manual and little training to be had. I well remember the day we brought our newborn daughter home from the hospital and placed the baby barrier in the middle of the dining room floor. We looked at each other, then at the door. We were waiting for the real owner to turn up and take charge. It dawned on us, we were on our own. So we got on with it, and that’s pretty much been our approach in the 18 years since. I consider my daughter to be my finest WIP, one that will never be finished.

But I digress. Back to those pearls of wisdom I mentioned. The thing is, we all need to decide what sort of accolades we want our great grandchildren to hear, and we need to act like that. Now. Not sometime later because that’s too late. We do get to write our own epitaph, and it’s the things we do now, today, that matter.

I hope my daughter will tell future generations that I did okay, that I tried hard and that I cared. Because that’s the truth.

Parenting, in particular mothering, is a theme which often finds its way into my books. Not all the mothers I create are great. Many make mistakes – we are fallible beings – but it’s never too late to make an effort. This excerpt from Spirit, a book I wrote a couple of years ago, sort of demonstrates that. 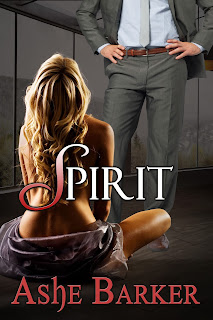 “I forgot. This came for you.” He gets an envelope from the inside pocket and hands it to me. I take it, puzzled.
It’s handwritten, addressed to me, Beth Harte, but at the offices of MLR in Leeds. I turn it over, but the reverse side offers no clues.
“Who would write to me at your office? My website gives your address in Hebden Bridge as my contact details.”
Matt shrugs. “No idea. It arrived in today’s post.” He grins at me. “You could try opening it. There might be a clue inside.”
“Ha ha.” I peer again at the handwriting on the front. It’s familiar, I’m sure I’ve seen it before. Not recently though, not since…
“Oh!” The blood drains from my face as I recognise the scrawl. The lop-sided T in ‘Harte’ clinches it. I can’t believe I didn’t see it straight away.
“Beth?” Matt leans towards me, concern etched in his expression.
“It’s from my mum. It’s her writing.” I stare at him, bewildered. “How did she know where to send it? What does she want?”
Matt takes the envelope and looks again at the handwritten address before laying the envelope flat on the table between us. “So, your mum, eh? Well there’s a turn up.”
“What does she want?” I repeat my question, despite knowing that no one at this table can answer it. Then another thought occurs to me, a dire possibility. “Did he put her up to it?”
“You need to open it love, read what she has to say. Then we’ll know how to respond.”
“Respond? If you think I’m writing back to her, after, after… Well, I’m not. I’m not.”
Ned leaves the table, excusing himself with one of his customary grunts. He must be desperate, he’s left half his pudding in his zeal to be elsewhere. Annie just watches me, curiosity and something else apparent in her features. Concern? Compassion?
“Sweetheart, you don’t have to do anything you don’t want to. But you should read what she’s saying. What harm will it do? You can always tear it up after.”
“I take it you and yer mam ‘ave ‘ad words, then?” Annie gets to the heart of the matter with her usual clarity.
I nod. “You could say that.”
“‘Ow long since?”
“What do you mean?”
“Well, ‘ow long is it since you last saw ‘er?”
I shrug. “A while. Nearly nine years.”
“Oh. That’s a long time ter be apart. ‘Ave you been in touch at all?”
I shake my head. “No. I don’t, I mean, I never…” I turn to Matt. “How did she find me? Will she come here? What about him?”
“Beth, nothing’s going to happen, I promise you that. You’re safe here.”
“How can I be safe if he knows where I am? What if he finds me? He might…”
“Might what? What can he do? You’re not a child now. If it comes to it, you can brain him with a cricket bat. You’ve had some practice. Or Ned might help out with a shovel. I’ll deck him for you myself if you like. But I don’t think any of that will be needed because you’re able to stand up for yourself. You’re not a victim, not a vulnerable young girl any more and men like him don’t come after any other sort. That bubble’s burst. You’re beyond his reach, love.”
I look at him, then at Annie. She may not know the specifics, but intelligence gleams in her old, wise eyes as she puts together the gist of what we’re talking about.
“Open it, lass.” She shoves the envelope back across the table toward me. “Open it, then we’ll decide what to do.”
We? I smile at her, grateful for her support, and for Matt’s. It’s good to be part of a ‘we.’ But my resolve is fragile. I pick up the envelope and rip it open before I can lose my nerve. A single sheet of white, lined paper drops out. It’s covered in my mum’s handwriting, one full side and half of the back. I spread it out on the table and lean over it to read.

Dear Lizzie
Or should I call you Beth? The news said you were called Beth Harte now, but I’ll always think of you as Lizzie. And an artist too, imagine that? I always knew you had talent, always drawing, colouring in. You loved all that stuff.
I saw you on the TV, and I cried. I’d thought you might be dead, even though I didn’t want to believe that. But there you were, alive, and looking so well. So grown up. I just wanted you to know that I’m proud of you. And I wish all that had never happened. You know, with Bill Findlay. I wish I could go back to that night and not say the things I said. I was wrong, I know that now. You were right about him.
We never got married. He wasn’t interested after you went. I blamed you for a while, but not that long really. I was a fool, a gullible, silly woman, infatuated. But I saw the truth in the end. By then it was too late though and you had gone.
He was arrested, you know. Got sent down for having pornographic pictures on his computer. Loads and loads of them, pictures of children mostly. He’s inside now, doing seven years. Still has five to go. He won’t dare show his face round here again when he gets out.
I tried to find you. I asked the police and the Salvation Army. I put pictures of you in the papers, asked all your friends but no one had any idea. I tried for two years, then I didn’t know what else to do. Where to look. I was scared, so worried. Anything can happen to a young girl on her own.
Years went by, and I wondered if you were still alive. If you were married. Perhaps with kids of your own by now. Then I saw you, on that programme last week. I looked up the firm you’re working for in the phone book, and I sent this letter there. I hope you get to see it. If you do, perhaps you could write back, or phone, and let me know where you are. I won’t pester, but I miss you so much and I would like to be in touch. Family is important, I should never have lost sight of that.
I’ve moved but my new address is on here. And my phone number.
I’m sorry. I love you
Mum

By the time I get to the end tears are rolling unchecked down my cheeks. I cover my face in my hands and weep. Moments later I’m lifted, picked up bodily and placed on Matt’s lap, his arms around me. He says nothing as I bury my face in his shirt and sob.
The rustle of paper tells me that one of them has picked up the letter. More rustling as it is passed between them. No one speaks. They wait, wait for me to finish crying. When at last I do, it’s Annie who hands me a bundle of tissues and places the rest in a box on the table.
“Well lass, she writes a fine letter does your mum.”