Lately, I’ve been enjoying a website and app called Serial Box. The site aims to be “the HBO of books.” They use a model similar to that used by television studios (with a showrunner and teams of writers) to create written entertainment, which they then release in the form of episodes and seasons.

I first found out about Serial Box because Circlet’s publisher, Cecilia Tan, was commissioned to write for a serial called Geek Actually, which is billed as geeky Sex and the City. I downloaded the app to be friendly and check out her new project, and quickly got totally caught up. 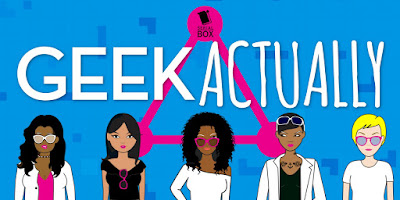 Geek Actually is sexy and romantic, but it doesn’t seem tied to the demands of HEAs in the same, tyrannical way we’ve all talked about. As a result, the romantic connections feel fresh and unexpected, and the characters all have cool arcs. I particularly like Aditi, who’s in an open marriage with her gay best friend, and Christina, who bites off (a lot) more than she can chew in a relationship with the hard-partying Hollywood starlet, Vivi. I discovered through reading Geek Actually that I really like the format of these serials, so since this summer I’ve read at least one season of every serial that Serial Box puts out. They’re all high quality, to the point that I liked stories I didn’t expect to just because they’re done so well. For example, I’m not usually so into stories about royalty, but was unexpectedly captivated by the transplant queen who’s the main character of Whitehall. 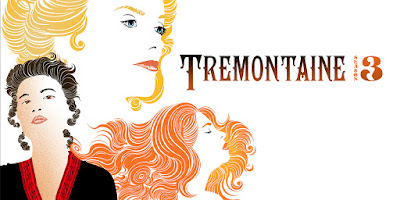 But oh my stars, let me tell you about Tremontaine, which has just started up its third season. It’s got the feeling of your favorite regency historical, full of dazzling parties and costumes and behind the scenes manipulation (along with swashbuckling swordplay), but set in an alternate history in which there’s a transatlantic chocolate trade. As a result, there’s a fascinating cultural interplay, and relief from the endless misogyny of stories set in historical England (the South American traders have a matriarchal society). It’s full of queer characters. And it’s my favorite kind of story, in that I find myself liking even the characters I want to hate.

I can’t say enough about Tremontaine, and it’s so exciting for there to be new episodes every week.

I got so into the serial format that I also downloaded an app called Serial Reader, which is set up for reading classic works of literature. I’m currently making my way through Wuthering Heights, which I was always embarrassed not to have read. I’m glad to be reading it—it’s quite a pageturner, once it gets going—though I also mutter angrily throughout my reading sessions because it’s full of hideous racism and classist bullshit. So, yeah, classics.

Anyway, one of the reasons I’ve been liking serials is that I often have trouble making my way through long novels, though I recognize their rewards. I got burned one too many times by a certain epic fantasy series that I read in my youth, I think. These days, the sight of a thick novel fills me with dread and I usually stick to shorts and novellas. With serials, I feel like I’m reading shorts and novellas—but when I saw the collected edition of Tremontaine’s first season and saw how much I had read, my mind was blown.

And a technical detail. You can read on Serial Box’s website, but the app is also quite nice, and allows you to switch between reading text and listening in audio format. I found the transitions smooth (it actually keeps my place correctly!), and the audio editions are well done. Modern technology! It can be cool sometimes.

Posted by Annabeth Leong at 8:46 PM