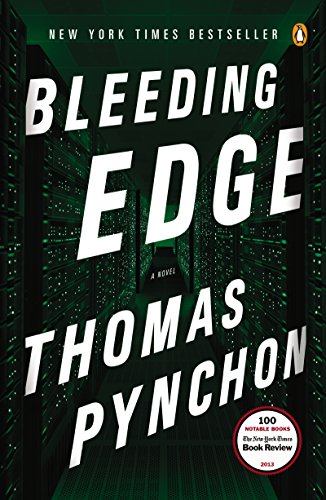 It’s early 2001 in New York. Divorced Jewish mother Maxine Tarnow used to be a certified fraud investigator, until she skated too close to the dark side and lost her license. That hasn’t diminished the reputation of Tail ‘Em and Nail ‘Em, the firm she runs out of a small Upper West Side office. Indeed, she’s seems to be in greater demand than ever, by clients with tangled connections to various dubiously legal activities, and to each other. In the wake of the dot-com collapse, the city’s investors, entrepreneurs and hackers are all scrambling to save themselves. They’ll stoop to anything to keep their heads above water: embezzlement, drug-running, money laundering, weapons smuggling, even murder. They’re doing deals with crime bosses, foreign spies, terrorists and the Feds, losing themselves and their souls in real and simulated conspiracies, hiding out in underground bunkers and on the Dark Web, in the vast reaches of cyberspace where commercialism hasn’t yet penetrated.

Like a spider in its web, geek billionaire Gabriel Ice lies at the heart of these plots and counter-plots, pulling strings and making plans. All Maxine’s contacts — video-pirate- turned-film-maker Reg Despard, sleazy venture capitalist Rocky Slagiatt, Russian agent Igor Dashkov, crooked accountant Lester Traipse, neo-con operative Nicholas Windust, even Maxi’s best friend Heidi — are somehow linked to Ice and his paradoxically profitable company hashslingrz.com. At the same time, Maxine appears to be a nexus herself, as these varied characters explode into her life, dragging her on midnight boat trips to vast harborside landfills, pulling her into drunken and drug-infused parties, convincing her to take a turn on the stage at a strip club. Mysterious USB memory sticks and DVDs are delivered to her, full of classified dossiers and videos taken by hidden cameras. As she struggles to make sense of what’s going on, threats pile up, people around her die or disappear, and finally, two planes barrel into the World Trade Center, turning it to a cloud a toxic dust.

I realize that as a summary, the above paragraphs seem pretty incoherent. I’m trying to capture the delirious, frantic, nearly overwhelming complexity of Bleeding Edge. This brilliant, funny, frightening book is one of the best things I’ve read in a long time, but it’s almost impossible to describe. What is it “about”? The raw wound in the American psyche ripped open by 9/11? The vanishing of the beloved and familiar in New York, and by extension, everywhere? The co-opting of the Internet and every other type of media? The gutted dream of freedom, personal responsibility, even personal agency? The nature of reality?

All of the above. Bleeding Edge casts a gritty, ironic spotlight on our times (and despite the supposedly historical references, the book is definitely a commentary on our times, not the early years of the century). Yet it has touches of magical realism, as Maxine catches glimpses of the dead and experiences the occasional revelation. It’s also hilarious, with acerbic dialogue and perfectly-pitched cultural nuance.

Let me warn you; once you begin reading this book, you’re committed. One review on Amazon commented that Pynchon demands your full attention. I wholeheartedly agree. The sheer number of characters means you’re likely to forget who’s who if you take a break to sample something else. I put the novel down for a few weeks and found I needed to start from the beginning. The book is not exactly difficult (though Pynchon has that reputation), but it’s so rich it may spoil your appetite for other fiction.

How can I summarize a rollicking, provocative, pyrotechnic masterpiece like Bleeding Edge? I can’t. All I can do is urge you to read it.