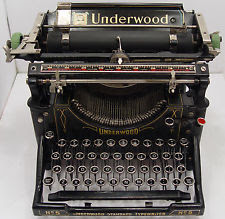 Like everyone else here on the Grip (I assume), I loved to write from the time I was first introduced to the alphabet.

Years later, when I decided to major in English at university, I thought of the study of language and literature as a kind of green pasture full of meditative types. The English Department seemed far removed from the political conflicts I had heard about in the social sciences, or the fast pace of change in the natural sciences, where every new discovery could make the knowledge of an older faculty member completely outdated.

Being a literary scholar and a writer on the side (or vice versa) also seemed more sociable, in some sense, than being a visual artist. The exhibits I saw always looked like displays of eccentric individualism.

I thought I could earn a living in a fairly uncontroversial way by teaching young adults to understand what they read and to improve their ability to express themselves in writing. Who could disapprove of that?

Nowadays it’s hard to imagine how radical the demand for universal literacy was in the English-speaking world before 1837, when Queen Victoria came to the throne and brought in a compulsory public school system which would teach basic skills even to the children of domestic servants and coal miners (e.g. my ancestors).

When my mother did some digging into her family history, I saw the signature (so to speak) of my great-great-grandmother, Margaret Nichols, on the baptismal record of her newborn son. Her name was printed beside her “mark,” an X, which was the only way she could sign. No one had taught her how to read or write. I noticed that her husband, the baby’s father, could at least write his own name.

I wondered how a “signature” like could even be legal. Surely a person who couldn’t write her name couldn’t read what she was signing. If someone asked her to sign a binding promise to hand over all her worldly goods to someone else, how would she know what she was agreeing to? Of course, marriage in those days was that kind of a contract. It was a legal covenant in which the wife’s identity was “covered” by that of her husband, and all the couple’s joint property was his to dispose of as he saw fit.

Early nineteenth-century marriage was really a form of identity theft in which the wife lost her family name and the few rights she had had as an individual. And keeping women of the “servant class” illiterate was part of a deliberate strategy to keep them in their place. To a lesser extent, even literacy among lower-class men seemed threatening to their employers.

I’ve come to change my mind since I believed that literacy was politically neutral. Although written language is a tool that can be used to express an almost infinite number of messages, literacy is empowering. And power is political by definition.

Modern English-speaking culture is now spread through the written word at a speed that would amaze even the most radical reformers of 1800. Almost every adult in the “civilized” world can now sign his or her name. However, we can’t afford to take this skill for granted.

Those in power have never approved of what their underlings have to say if it is based on personal experience and self-interest. If literacy could be taken away from the oppressed or marginalized, I’m sure that efforts would be made to clear the alphabet from certain minds.

George Orwell was clearly aware of the importance of language when he wrote his dystopian novel Nineteen Eighty-Four in 1948. The appendix to the novel, “The Principles of Newspeak,” is often published on its own, and is taught as a plausible theory of how a fascist state could control a whole population by limiting the language.

I’m grateful for the ability to express myself in words, both spoken and written. The concept of universal literacy as a basic precondition for democracy is surprisingly recent, in historical terms.

I’m sure I’ve inherited something from the illiterate peasant women of the past. I just wish I could offer them a gift in return, by enabling them to write letters and journals describing their world for the generations to come.
--------------------