Beyond the Veil #magicalrealms #fantasy #PNR

Beyond the Veil
By Morticia Knight

When I began writing romance, my dream was to become a top paranormal romance author. I had cut my adult romance reading teeth on fare by PNR authors such as Karen Marie Moning and Christine Feehan. They were the first mainstream authors I’d read who had high heat levels in their books and I was hooked!

I took a left turn along the way, because even though I had plenty of paranormal plot bunnies lurking in folders on my computer, I also had other story ideas as well. An open publishing call went out for hunky men in uniform for a gay romance anthology, and I submitted one of those stories. While I didn’t make it into that antho, I instead ended up writing a series with that initial premise. The publisher felt it had more potential that way than as a short.

Fast forward several years later, and I’ve written many men in uniform stories (one comes out today as a matter of fact *wink*), plus lots of kink. But other than one turn with aliens for my Soul Match series, everything has happened here on this earthly plane.

Then, about a year and a half ago, that paranormal romance author wanted to get their turn. Since readers identify Morticia with hunky alphas facing danger or Doms wielding whips while in this dimension, I decided a new pen name was in order. I now write paranormal and mpreg books under the name M.M. Wilde. 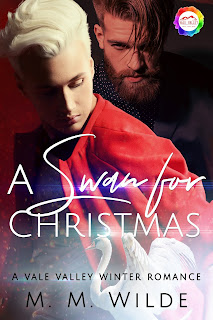 These genres have opened up a whole new world of possibilities for me. I’ve written wolf shifters who are made aware of an ancient prophecy by a human caught up in a shared destiny with them, and a swan shifter who is rescued by a wolf shifter in the magical town of Vale Valley. Vale Valley can only be seen by those who are in need of love and a home. In the swan stories, I’ve had even more fun, because the swan shifters lay eggs instead of giving birth. There were so many literary options there to explore, and I rediscovered just how much I love world-building.

Tolkien has been mentioned already this month and with good reason. His fantasy world is one of the all-time most magnificent of ones, and I’m a complete and utter fan. One of the aspects I’m obsessed with more than any other are the elves and their culture. To me, the majority of the magic of the Lord of the Rings and Hobbit stories can be found in the realm of the elves. 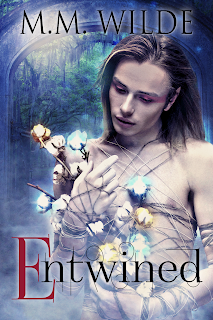 While I intended for this story to be a standalone novella, there’s a chance I might revisit this magical realm again. Sometimes it’s hard to let go of our characters, especially when they’re as sweet as Bram and they live in such a fantastical place!