Rescue Me From a Sugar Overdose


Each December, we are bombarded by holiday-themed romance flicks on TV. Christmas and romance go together like cookies and hot chocolate, and I release a new story each year, but the networks take it to the extreme. Last year, the Hallmark Channel set a new record of 39 Christmas-themed romances in December alone. Lifetime started their run of these seasonal soapers in early November. I try to catch a few, but some of them threaten to push my blood sugar level into the diabetic danger zone.


To that end, I submit my own list of favorite holiday movies, the ones that are part of my yuletide tradition. Some of them focus on romance, but most are just good holiday cheer. How many of these have you seen? 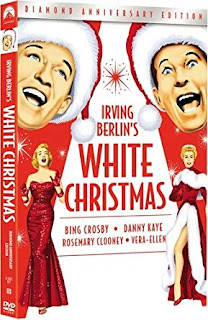 “Holiday Inn” (1942) – The first onscreen pairing of Bing Crosby and Fred Astaire introduced “White Christmas,” “Happy Holiday” and “Easter Parade,” among other holiday-themed tunes by Irving Berlin. The concept was cliched even then (two show biz partners break up the act, one opens a nightclub while the other tries to make it as a solo, they fight over the same girl, etc.) but it’s still fun to watch for some of the best dancing Astaire ever put on film.


“White Christmas” (1954) – This was originally intended as a reworking of “Holiday Inn,” again featuring Crosby and Astaire, along with some new Irving Berlin songs. The plan changed when Astaire read the script and wanted nothing to do with it. Donald O’Connor was then chosen to be the dancing partner but he became ill and had to drop out. Danny Kaye replaced him. Kaye let it be known that he wasn’t happy about being third choice, and wasn’t about to take a back seat to Crosby. Some people on the crew described the production as “eight terrible weeks of shouting and screaming.” Despite that, it was the top-grossing movie that year and has remained a beloved holiday staple. 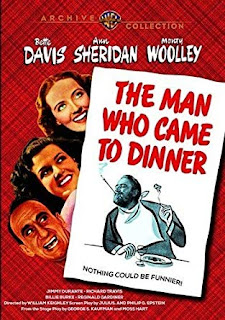 “The Man Who Came to Dinner” (1942) – This film version of the Broadway comedy hit came along when America was in the thick of WWII, and the country needed something to lift its spirits. Monty Woolley is a snobbish radio personality who becomes injured while visiting an Ohio home during a lecture tour. He must remain there through Christmas, and imposes his eccentric lifestyle and demands on his unwilling hosts. The whole thing is performed at a fast pace with snappy dialogue and situations that are still funny. This was updated for TV in the early ‘70s with Orson Welles in the title role.


“Grumpy Old Men” (1993) – The reunion of Jack Lemmon and Walter Matthau turned out to be a surprise hit. Two childhood friends who have been feuding for years live next door to each other, but barely get along. When carefree spirit Ann-Margret moves in across the street, the competition for her attention gets intense. This movie is a delight, with hearty laughs and insightful observations about relationships, aging, and holidays with estranged families. Burgess Meredith is a hoot as Lemmon’s father. After the ending, stick around for the outtakes over the closing credits.


“National Lampoon’s Christmas Vacation” (1988) – Here we have Chevy Chase doing his hapless family guy persona, Beverly D’Angelo as his long-suffering wife, and a situation where anything that can go wrong probably will. While you’re watching this, think “How many of these things have happened to me?” I can always come up with a few. 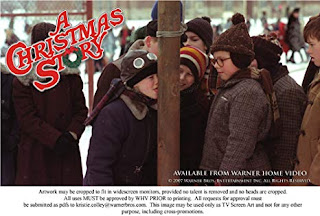 “A Christmas Story” (1982) – “I triple-dog-dare ya!” This one brings back many of my own childhood Christmas memories, especially Darren McGavin’s hilarious portrayal of The Old Man. And how many of us lusted after that one special gift we just had to have, like Ralphie with his Red Ryder BB gun? I was guilty of the “F-dash-dash-dash word” thing when I was his age, too.  If you can’t catch this one at least once over the holidays, you’re probably living on Mars.


“When Harry Met Sally” (1989) – Rob Reiner’s ode to contemporary romance makes the list because the big finish takes place on New Year’s Eve. Billy Crystal and Meg Ryan are besties who avoid a relationship because they think two friends who become romantically involved can’t possibly make it work—or can they? Nora Ephron’s script contains her usual insightful prose, and the music by Harry Connick, Jr. sets the right mood. And let us not forget “I’ll have what she’s having.”


“The Bishop’s Wife” (1947) – This overlooked Christmas gem stars Cary Grant, Loretta Young and David Niven. A church Bishop (Niven) neglects his wife, family and congregation because of his single-minded pursuit of building a new cathedral. Along comes Grant as a suave angel named Dudley to remind him of the true meaning of the season. There are laughs, charm, and some genuinely touching moments. Remade as “The Preacher’s Wife” with Whitney Houston and Denzel Washington.


“Planes, Trains and Automobiles” (1987) – More in the league of a National Lampoon satire, this John Hughes movie for grownups is a lot of fun. Steve Martin is a businessman trying to make it home to Chicago for Thanksgiving, but one thing after another gets in the way. The main distraction is John Candy as a well-meaning but overbearing salesman whom Martin ends up traveling with. Lots of laughs abound as Martin makes getting home his personal crusade, in spite of the albatross around his neck. Watch for the “Those aren’t pillows!” scene about halfway in.


“A Charlie Brown Christmas” (1965) – Not technically a movie, but a sentimental favorite nonetheless. I’ve been watching this every year since it first premiered in 1965 (where I saw it in glorious black-and-white—talk about dating myself!). The simplistic animation adds to the charm, as does Vince Guaraldi’s jazzy soundtrack. This was the first attempt at animating Charles Schulz’s beloved Peanuts characters, and it hits home. The message about the real meaning of Christmas still resonates, and hopefully influences a new generation of kids each year.
Posted by Tim Smith at 12:01 AM