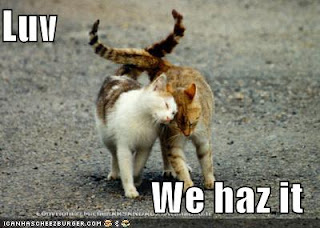 In Cherished Destinies (a book I wrote) there were two couples and both had one partner who was significantly older than the other partner. There were reasons that the romances worked for those two couples. In most May-December romances though, the drawbacks far outweigh the advantages.

Most successful relationships depend on commonality of experience, culture, religion, and interests. When there is a significant age difference, chances are that the intersection of those factors will be less. I'm sure that there are couples who are able to make it work, simply because they are willing to put the effort into it.

When one partner is fifteen years older than the other--or more--there are more likely to be difficulties adjusting to each other's expectations. I know it sounds silly, but consider the difference in cultural background that a mere fifteen years can make. Gender roles have changed drastically in the last two generations. What an older woman expects from the relationship may be very different from what a younger woman expects. And the same is true for men.

I often wonder what such couples find to talk about. What common ground can they find? Okay so passion runs wild for a while. Then what? While he's looking forward to a night in front of the television, his sweet young thing is thinking about a night spent club-hopping. Or she anticipates a quiet evening reading, but her young hunk has planned a night out with the guys.

What about children? One of them is finished with the whole kid thing while the other is just getting interested in the idea.

What about careers? The elder partner is thinking about retirement while the younger one's career is just starting.

I've seen such marriages that worked. But it requires a lot of compromise. So what do you think? Would you be willing to go for a May-December romance? What do you think you would have to change to make it work?