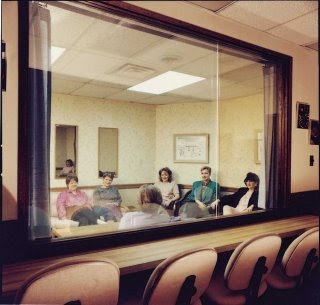 “Good afternoon, ladies and gentlemen. Thank you for taking the time to join me and share your opinions. I'm Lisabet Sarai...”

“I thought you'd be taller.”

“Hey, from your pic, I thought you'd be younger. But you've still got great tits....”

“Please, Mr. Worminghauser, restrain yourself. Remember that this is a mixed group.”

“What do you mean? You write sex stories. Everybody here likes sex, the men and the women, too.”

“When I said mixed, I didn't mean gender. Some members of this focus group read romance rather than erotica. They tend to like things a little less raw than the erotica readers”

“Oh. Well, you said that you wanted us to share our opinions.”

“I do. But let's set some ground rules. We'll go around the room and give each person a turn to ask me a question or offer an opinion. Let's start over here, with Ms. Larchmont. Lily, do you have a question for me?”

“Oh yes, I really loved Stella. She's so strong and yet still vulnerable. And smart, too. Everybody's after her, but she manages to keep one step ahead of them. But I want to know why the book doesn't have a happy ending.”

“It's sort of happy. Stella's back where she belongs, dancing at the Peacock....”

“Yes, but she and Jimmy didn't get together.”

“But you don't say that they did, either. He's such a nice guy, and obviously in love with her. They belong together. He should take her to Greece, like she wants.”

“You think so? But what about Francesca?”

“Her? She's no good for Stella. Stella needs a good man. Maybe if she got married, she'd be able to quit working as a stripper.”

“Well – I think I would have liked the book better if they'd at least gotten engaged...”

“Okay... I'll keep that in mind. Thanks for your feedback, Lily. Let's move on. Bob Brakethrust, do you have anything to say?”

“Thanks very much. Have you read 'Ruby's Rules'? It includes a chapter-long scene in which Ruby dominates Rick.”

“Yeah, I read it, but it's got too much other stuff in it. For one thing, by the end, it seems as though the tables are turned and he's topping her.”

“Yes, well, I was trying to show that nobody is purely dominant or purely submissive – that the roles in a D/s power exchange are fluid. A dominant can't really be effective unless he or she understands, in a deep way, the sub's perspective, and vice versa. That's the whole point with Margaret, too – after being a submissive in her relationship with Liu, she reacts as a domme when she meets Luna.”

“I see. I appreciate your point of view, and I'll take your suggestions under consideration.”

“That's easy. Vampires. There's nothing that I love as much as a tall, pale, muscular undead stud, with razor-sharp fangs and a cock like stone.”

“But Reba, everyone is doing vampires.”

“That's because they're so delicious.”

“Not a chance. I could read about vampires forever.”

“Well, in my career I've written three vampire stories, including a new one called 'Fourth World' coming out in D.L.King's anthology 'The Sweetest Kiss'. It's about a vampire who lives in Bangkok. But to be honest, I find it hard to find anything new to say about vampires.”

“You asked me what I wanted. I'm just telling you. If you want to make this reader happy, write a sizzling, sexy vampire novel. Better still, a series! Why not turn your Fourth World story into a series?”

“There's already a series called The Vampire of Siam.”

“Thank you for your input, Reba. Ms. Krinklekotter, I'd love to hear your thoughts.”

“You skipped them? Why?”

“They made me uncomfortable – especially the ones between Michael and Thorne. Because it's clear that they don't love each other the way Michael and Neil do...”

“That's the whole point of the story, Kelly.”

“I understand that. But I just couldn't get into the sex without them being in love. It just felt wrong to me.”

“Anyway, I hope that you'll write some more M/M. These days that's almost all I read.”

“Actually, I am working on a new M/M novel called 'Necessary Madness'. It's paranormal. Do you like paranormal?”

“Well, I'm only a few chapters into this new book. But I'll keep your opinions in mind. And what about you, Mr. Worminghauser.”

“All right, Wayne. What do you think of my writing?”

“I love your sex scenes, Lisabet. They make me hard every time. Especially the kinky ones.”

“Well, thank you very much.”

“You must have had lots of interesting experiences”

“You shouldn't assume that I've actually done everything that I write about, Wayne.”

“Personally, I'd rather she didn't put so much sex in her romances. It's embarrassing.”

“Why should I, when he's being so rude? I just want you to know that not all of your readers are perverts like him.”

“Who are you calling a pervert, missy?”

“You, you disgusting sex fiend. You should be locked up.”

“Well you're an ugly, dried-up old maid who I wouldn't fuck in a million years.”

“Why don't you kick his ass, Lisabet? I'd love to see you do that.”

“Bob, I'm a writer, not a wrestler. Wayne, you apologize to Lily. Lily, you do the same. Come on, you're both my readers. I'd really like you to get along.

“I'm sorry things got so out of hand here. I wasn't expecting such a – lively – discussion. Seriously, I appreciate hearing your opinions. I'll do what I can to satisfy them. It's just a bit tough trying to keep everyone happy. But I always do enjoy a challenge...”

Actually, these are just the voices in my head. My real readers are far more
polite! I gather their opinions with my monthly contests. I ask a question; they respond and get entered into a random drawing for some nice prize. For more details about this month's contest, see my newsletter.