Promoting the Digital Me 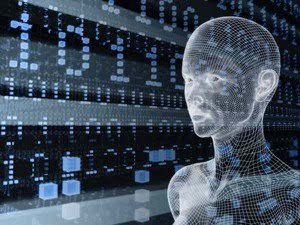 I'm an amateur writer. I'm fortunate enough to be able to make my living doing something else so I've taken the view that I don't need to be paid for what I write. Publishers get twitchy if they can't pay you - paying you is how they know they've bought something - so I sign a contract that donates any income to the Red Cross. So far they've been happy with that.

This is self-interest rather than altruism on my part. Not having to get paid is very liberating. It means that I only have to self-publicise to attract readers and let them know where they can find my stuff.

More by luck than judgement, Kimera was born with a name that is not widely used, so if you google for him you come up with list like this full of links to his stuff. This makes him easy to find once you know you want to look for him.

I brought Kimera to people's attention by getting my stories on ERWA and Clean Sheets, excellent venues that are widely read and have a reputation for good quality. Getting Kimera published there made him visible to editors like Susannah Indigo, Maxim Jakubowski, Rachel Kramer Bussel, Alison Tyler, Lisabet Sarai and Seneca Mayfair, who have been willing to publish my stories, and in in Susannah's case, even to edit a collection of them.

Once Kimera had things in print, I promoted them primarily through lists on Amazon and on Good Reads and I set him up with a blog "Inside Mike Kimera"

I did this for about nine years and slowly Mike Kimera started to get some name recognition but I had no idea how many people read my stories or what most of them thought.

This is perhaps the ultimate self-promotion on the net. Vanity publishing of a kind. I invest in it because I can see the traffic I'm getting and which stories are being read and because some of the readers take the time to comment on what I write.

WordPress provides an impressive stats tool that lets me know that I typically get between 100 and 200 visits a day and that on some days, for reasons that I don't understand, I hit up to 280. I know that hits go up as I publish new stuff and that the more regularly I publish, the higher the average number of hits.

I also know what searches bring people to my site. Last month, for the first time, the top of the search list was no longer "Dominance and Submission" but "Mike Kimera". I was very happy about that.

The website changed things for me in ways I didn't expect.

I had to come up with a visual identity for Mike Kimera. Not just the Gravatar that comes after my name but a look and feel for the site that sets some expectation of its content. I had a lot of fun with this and it started to shape how I looked at my own work – here are a some examples: 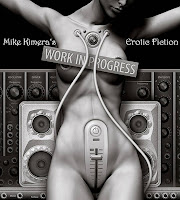 I had to find ways of classifying my stories and tagging them to make them easier to navigate. This made me analyse my work and sensitised me to the themes that run through them.

I started to get comments from regular readers and I look forward to finding out what they think about a particular piece.

Once the website was up, I found my way to twitter. I'd never understood what twitter was for but I was intrigued to watch what Remittance Girl was doing there so I signed up. I discovered what fun it is to write twitterfiction live in little slices of 140 characters a time and I discovered that when I posted links to new stuff on my site, I got more readers.

Recently it has occurred to me that Mike Kimera now has a brand. People read his stuff with an expectation of what they will find. For the most part this helps me to have happy readers. Sometimes it means I disappoint. Clean Sheets posted "Sex With Owen" a few weeks ago. The title is perhaps poorly chosen because the piece, while graphic, is a kind of romance. One reader commented that the story wasn't up to my usual standards and that he preferred my earlier, grittier stuff.

Which poses the question, what happens when I want to write outside the Mike Kimera brand?

The main thing that gives me pause is whether I have the energy for two internet constructs or whether I should just show people that there is more to Mike Kimera. What do you think?