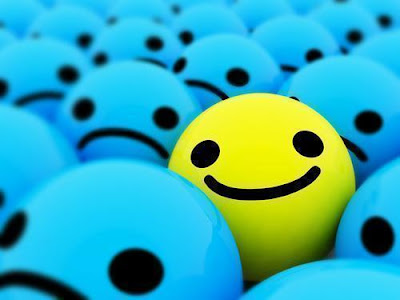 I’ve never been good at happiness.

Maybe it’s the way I’m wired: serotonin seems to kick in more slowly with me.

Maybe it’s the way I was raised: to be suspicious, not to hope for too much, not to be surprised if I get less, never to let others know what I want in case they try to take it from me.

Whatever the cause, the effect is that happiness is not something that I have a lot of experience of.

This is not as dire as it sounds.

For me, happiness is like a favourite holiday: I’m always glad when it comes around, I look forward to it, I cherish the memory of it, but I don’t expect it to happen every day. Mostly, I’ll settle for not being depressed, afraid, lonely or miserable.

Over the years I’ve developed the habit of distancing myself from immediate emotional reactions. Partly that’s a natural pre-disposition; partly it’s a professional hazard. These days, the emotion most likely to penetrate my defenses is anger.

I’m really good at anger. I do the full range from the slow smolder, through vicious wrath, on to all-consuming rage. Anger, like luxury, comes as a guest to take a slave. Anger is the enemy of happiness: mine, the people around me and particularly the person that I’m angry at.

I started to write out of loneliness more than anything else.

I was traveling too much, alone too much, disliking myself and my surroundings too much. I needed an escape. Alcohol doesn’t work for me, I need way too much of it before it has an effect and the effect often leads to a clarity of thought and vulnerability to emotion that turns an escape route into a cage. Drugs have never appealed; there seems to be too much loss of control involved. I’m not a people person. I hate small talk and abhor rooms crowded with people that I don’t know.

So I turned inwards, not pursuing happiness, just inuring myself from life. To my surprise, I discovered happiness.

It turned out that, for me, writing is what the psychologist Mihály Csíkszentmihályi describes as a “flow experience.” Csíkszentmihályi was one of the few psychologists who treated happiness as problematic. He felt that happiness needed to be explained. His research revealed that many people experienced joy, sometimes even rapture, when they could immerse themselves in a task that took their full attention, that was challenging but at which they could succeed and which required them to harness their emotions.

Some people get into the flow in sports or playing video games or dropping their bike into a perfect line through a curve. I get there through writing.

When I write, time slows, the world fades and there is nothing but me and my imagination. It is, in its way, a little bubble of happiness.

As the words produced by my time in the bubble spread out behind me like a snail-trail, I saw that, subconsciously, I was using my writing to tackle all those things that impeded me from living a loving life. My characters, like me, were largely not happy people. Unlike me, they all tried to do something about that: to reach out to others, to make a change, to seek a form of redemption, maybe even to achieve happiness.

Looking back, I realized that I was telling myself a story, sending myself a message. My emotions had found a way to send me an email.

Surprisingly, some of the emails they sent me where funny. I discovered that I could write about people who were witty and kind and offered each other love. It took me longer than it should have to realize that these were actually the most important emails of all.

The message was a trite truism: those who love themselves and open themselves to others spread happiness like a contagion. Love is the mechanism through which happiness is passed on.

My writing, the content of it, the need for it, the inspiration behind it, slowly convinced me that I needed to love myself a little more and I needed to give that love to others.

Oddly, this resulted in me stopping writing for a while. I decided to get to know my wife again; to see if I could show her the love that I felt, rather than assuming that she knew it was there beneath my angry, difficult exterior. I wanted to centre myself on that love.

Of course, life is never so simple. We went through two years in the shadow of other people’s pain and death. But we went through it together.

When I started to write again, I let my subconscious play its established role and waited to see what message I would receive.

I smiled when I saw that I had started to write stories that were about love and perhaps even romance; about people who were pursuing happiness even though they knew that they might not find it.

I’m still deciding what to do about that. Maybe if I write some more, I’ll find out.