Born to be Guilty 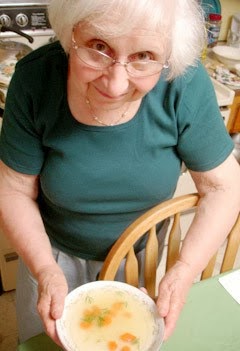 Oy! Do I know about guilt? Is the Pope Catholic? (Yes, I know he has his own guilt issues, but I'll leave that for other Grippers to discuss.)

I grew up a nice Jewish girl, with a Jewish mother. And a Jewish grandmother. I was born to be guilty.

It's not as if I really had anything to feel guilty about. Other than a tendency for the clothing in my bureau drawers to be a bit messy, I was almost sickeningly well-behaved. I earned all As from elementary school all the way through college and into grad school. I helped with the housework. I always asked for permission before going out and never came home late. I didn't smoke. I didn't drink or use drugs (well, not until I was well into adulthood). I didn't beat up my siblings. I didn't get pregnant.

And yet, when I think back to my early life, it seems as though guilt, and its quivering sister, anxiety, were my primary motivations much of the time. When I didn't get absolutely top marks, I had the sinking sense I'd let my family down. When I did make 100%, I worried about how I'd manage to do as well next time. I loved school – reading books, writing papers, learning new facts, principles and skills. At the same time the need to excel made the experience oppressive. Obsessing over grades and deadlines, I'd forget to enjoy the process.

My mom had her ups and downs emotionally. When she was upset or depressed, I'd have the totally irrational conviction that it was somehow my fault. I'd clean the kitchen and iron the clothes, trying to “make it up to her”. When my brother did something naughty and was punished (he wasn't nearly as goody-goody as I was), I felt responsible, as ridiculous as that might sound. Maybe I could have stopped him. Maybe I shouldn't have told my parents about his transgressions. It's possible I felt guilty because deep down, I was tempted to emulate his insouciance and independence, so different from my own behavior.

I should clarify that despite the stereotypes, my parents didn't usually use guilt to manipulate me. They were proud of my achievements, but never pushed me the way some families do. As far as I can tell, most of this guilt was self-generated. Perhaps it's hereditary. Or possibly learned. I suspect my mom felt guilty and inadequate for much of her life as well.

When the pressure built to an unbearable degree, I became anorexic – the ultimate in guilt-induced perfectionism. If I allowed myself to eat, I'd suffer torments of self-reproach at my “lack of discipline”. I'd look at my scrawny body in the mirror and see obesity, the objectification of my gluttonous appetites. As I watched the pounds drop away, though, there was a sense of triumph, a momentary release from the terrifying sense of my own badness.

As I got skinnier, my interactions with my mom deteriorated. She thought the world was blaming her for my condition (and to some extent this was true – women who become anorexic often have close but difficult relationships with their mothers). She hounded me, trying to force me to take in the nourishment my body needed. I became increasingly dishonest, pretending to eat while hiding or disposing of the food, or I acted out, throwing tantrums – something inconceivable for the good little girl I'd been up to that point. She was obviously at her wits end, and of course I hated myself for hurting her, but the emotional penalties for giving in and letting my monstrous desires run free were even worse. Meanwhile, her very logical concerns about my health were tainted by her guilty fears that she was responsible for my decline.

I can bring back all those emotions – so vivid and so painful. Somehow, though, I managed to escape from the deadly cycles of fear and self-disgust. Honestly, I don't know how I survived. Therapy helped, I guess. When my therapist gave me unconditional approval, I was somehow able to believe him, when I'd never been able to do the same with my parents. I moved out of my mom's house and went to live with my dad, who while more emotionally closed than my mom, was less volatile and more accepting of me.

These days, guilt plays a far less central role in my life. I've come to the conclusion that it's a totally non-productive emotion. If you've done something less than admirable, wallowing in guilt won't change the past. It just interferes with your moving forward. And if you're feeling guilty because of something you should be doing – well, guilt is just another word for procrastination, isn't it?

Still, I'm sure that I haven't completely outgrown my guilty tendencies. That's one reason I never had kids. I didn't want to inflict my mishegas on them.

Posted by Lisabet Sarai at 4:57 AM