The Mother of All Tools

What a marvelous device! A tool that can grasp, lift, turn, reach out, withdraw: move with force and speed enough to be a weapon, or move slowly and gently enough to handle tiny, fragile things. A tool that can manufacture other tools, even robotic replicas of itself, sometimes to reach where it cannot safely go, sometimes to perform surgical procedures requiring even tinier, more precise movements than it can manage itself, in spaces where it cannot fit.

Manufactured. Manipulated. Manually. All words derived from the Latin for “hand.” Admittedly “tool” is understood to mean something used by the hand to perform tasks, if not directly, then by means of other tools dependent on hands at some point in their construction. I’m stretching the theme to the point of cheating to represent the hand itself as a tool. In fact my point is more that the hand is the source of all tools, and  sometimes the prototype, in the sense that many tools were first developed to extend what the hands could do. If hands could throw objects, a sling could allow the hand to throw them farther and harder.  If hands could, with difficulty, open a clamshell, a sharp stone could be used by the hand to do it more easily. If hands could pull strips of leather through slits in hides to fasten them together, an eyed needle made from bone could let the hands do finer work.

Still, calling a body part a tool is, as I admitted, a stretch. The alternate definition of “tool” that the Merriam-Webster dictionary gives so coyly: “d. often vulgar :  penis”, is a common usage, but irrelevant here.  I did learn something from exploring definitions, though; I’d always assumed that calling someone a “tool” was like calling him a “dick,” whereas it turns out that a more specific definition from The Urban Dictionary says, “One who lacks the mental capacity to know he is being used. A fool. A cretin. Characterized by low intelligence and/or self-esteem.” In any case, this too is irrelevant, except to display my own ignorance.

But there are some legitimate arguments to be made in favor of seeing the hand as a tool. Consider communication. If the pen is a tool for written communication, as is the typewriter, and now the computer, what about this? 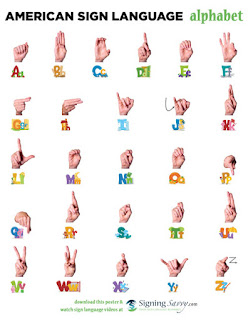 In sign language, isn’t the hand a tool for quasi-written communication? And then there are all those hand gestures that make an unwritten point. 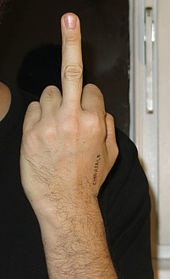 I won't try to make a case for that sort of communication as representing a tool, though. Well, maybe the Merriam-Webster definition "d" kind.


Moving along to the matter of sex toys. If one considers a sex toy as something that gives sexual pleasure without being the standard equipment for procreation, the hand is right up there. Ask any lesbian. Not that men don’t know that, too, and not just in the context of the traditional “hand job.” At least they’d better have figured it out. Men can learn a lot from reading good lesbian erotica. Just saying. There are ways in which the hand can do things even the “tool” in definition “d” can’t manage, and do it for longer. If they sometimes require added lubrication, well, so do a vast number of other tools.

Hmm. I suspect I haven’t really made a case for the hand as a tool, but I did say “The Mother of All Tools” in my title, and it’s true—almost true—that without the hand, there would be no tools. I say “almost true,” because there are a few birds who’ve learned to do things like holding sticks in their beaks to probe for tasty grubs, and octopi have been observed manipulating things around them in ways that could be interpreted as using tools. Maybe it’s just as well that octopi stay pretty much under water. With all those talented tentacles they might learn to out-tool humans if they were terrestrial. It doesn’t bear thinking of. Especially when it comes to sex toys. (Don’t think about that. Just…don’t. Although there have been stories written…)