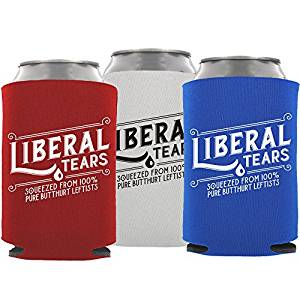 Friday is the day that will erase all doubts that I may be living in an alternative Universe, such as Phillip Dick’s “The Man in the High Castle” where Nazi Germany and Imperial Japan got the Bomb first and won WWII.  Things aren’t that bad yet.  But for some of us, its hard to take.

I’m in my favorite bookstore coffee shop looking through the new issue of Harpers, with a picture of an Old Testament God like Trump screaming vengeance at a line of sort of Soviet kitsch Heroes of the Working Class writers bravely facing down his wrath, and something about 14 writers essays protesting Trump.

Looking at their credentials strangely fills me with hope.  Not hope that in this – or any – universe Trump would give a shit what these folks think about him or the proper pronunciation of Epictetus or any damn thing at all, but as a writer I feel a perverse thrill of hope at how pathetically thin their credentials are.  At least one of them is unpublished, and a couple are college students.  If these lightweights can get in the door in Harpers, home of Mark Twain and Emerson, maybe I can too.

And its true the first couple of essays I wade through are filled with interesting insights, mostly on the subject of impotent rage, but they are also written with self consciously pyrotechnic grammar and word choice.  You gotta know something to read this stuff.  What made our President Elect (how the fuck did this happen?) such an outstanding communicator was the fact that he kept his vocabulary and syntax down at a fourth grade level ("Going to replace the environment with something terrific, folks.  We got very smart people working on this.  Beautiful, beautiful.") when everybody else was speaking on a seventh grade level or a college age level.  He framed his speeches to be not so much answers to difficult questions as a puff of cigarette smoke blown in your face.  These guys in the magazine, what are they trying to prove?

It’s over for my bunch, the NPR listening, Garrison Keillor quoting crowd.  We’re preaching to hear ourselves talk real good.  Away with the quinoa crowd, the church potluck has spoken.

Honestly, I love potlucks too.  We were seeing this coming back in 1984 when I started a machine shop in Worcester with seven Japanese guys, my brave companions.  I ran an engine lathe at night and listened to Shakespeare on headphones from a primitive Sony walkman, while the two guys who really knew this stuff programmed and ran Computer Numerically Controlled (CNC) mills and lathes that could run over the likes of me or even somebody good.  It was a sign that middle class men around New England standing at machines and factory lines were about to be doomed to obsolescence.  I wasn’t John Henry the Steel Driving Man versus the steam hammer and neither were they.  I wasn’t even Bambi versus Godzilla.  It wasn’t even a contest.

In 20 years I would write and sell my first short novella “Mortal Engines” to Whisky Creek press, which was exhilarating although it sold almost nothing.  It was about sexbots, the John Henry’s and Jane Henry’s of the bed.  Infinitely skilled and indefatigable.  Best of all, uncritical.  Lately I’ve seen them come into their own on television in the show “Humans” and “Westworld” which I found fascinating as I binged my way like rat through liverwurst.  My brave little novella anticipated the driverless car and artificial intelligence a decade ahead of time, but not the Cloud or the downloadable app.  A sexbot fulfills the fantasy, slightly poisonous at the core, of the lover who will never refuse you, never have temper tantrums, never judge you or your performance, never get jealous or make scenes.  Now with the cloud, once the “Adult Options” are enabled, what wouldn’t be possible?  Want your lover to be a master of oral sex?  There’s an app for that.  A master of BDSM, perform in either dominant or submissive roles?  There’s an app for that.  Common barnyard animals?  There’ll be an app for too somehow.  Make you cum so goddamn hard – oh baby!  Unh!! - your heart stops and you need a cardiac paramedic immediately to save your life with a defibrillator and wipe that stupid smile off your face?  There’ll be an app for that too.  But it’ll double your insurance.

Let’s see that job get farmed out to China.

Friday is coming.  We lost.  My crowd has been outmaneuvered and rendered impotent.  Flacid.  Flacid as in laying there like a dead dog on your woman’s lap.  Embarrassing.  Embarrassing as in “Gosh, this has never happened to me before.”  Painful, as in that rich, red haired lout next door is starting to look pretty good to her.  Viagra doesn’t fix this shit.

Aw hell.  I think I’ll put away Harpers for a while and read Weird Tales.