Hellebore and Rue: Tales of Queer Women and Magic, edited by Catherine Lundoff and JoSelle Vanderhooft (Lethe 2011) is an anthology of a dozen stories. A review copy was sent to me years ago, but I didn’t find time to read it until lately. The two herbs named in the title are either healing or poisonous, depending on how they are used: in poultices, remedies, or spells. 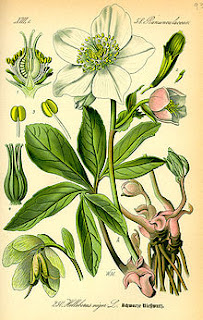 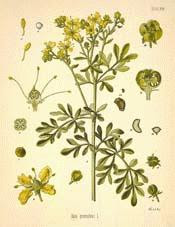 So I’ve learned that in the 21st century, there is no shortage of fantasy and sci-fi stories in which the protagonists are women-loving women. The genres of the stories range from “high fantasy” or sword-and-sorcery to steampunk, slipstream, projections into the future of current technology (science-fiction), parody, and horror.

The lesbian relationships in these stories range from casual hookups among adventurous young women to long-term nesting to working/romantic partnerships between women with complementary skills. However, none of the sex in these stories is explicitly described.

To add to my pile of stories by/about women, I recently received the first five chapters of an upcoming novel, The Lost Art of Letter-Writing by Menna van Praag, to be released on February 16, 2017. This writer is a young woman in Cambridge, England, who writes fantasy romances set in her city. So far, they are: Men, Money and Chocolate (novella), Happier Than She’s Ever Been (sequel), The House at the End of Hope Street, The Dress Shop of Dreams, and The Witches of Cambridge. Over a year ago, I picked up a reduced-to-clear copy of The House at the End of Hope Street in a bin in my local Safeway store, and I was charmed. I signed up for the Menna van Praag (MVP) newsletter on-line. This is how I know that she and her husband now have two children, and that she struggles to find writing time.

To start with Hellebore and Rue, since this is the oldest book in the pile, I was impressed for several reasons: the stories are really varied, they are by authors I’m fairly familiar with, as well as ones I’d like to know better, and they include some Canadian content.

One of the authors, Rrain Prior, comes from the prairies (Manitoba, just east of where I live), and the protagonist of her story is a bounty hunter named “Key” who was hired to trap a rogue Salamander (elemental spirit) that starts wildfires. This story seems to foreshadow several actual fires that occurred later, particularly the one that largely destroyed Fort McMurray, Alberta, to the west of me, in spring 2016, and forced the evacuation of thousands of people, including a writer I know. (To this date, it is the costliest natural disaster in Canadian history.) Where is Key when she’s needed?

Another story in this collection, “Counterbalance” by Ruth Sorrell, is set in Toronto, although it was written by a writer from Birmingham, England. This story, like several others, deals with kitchen magic (e.g. an ability to make a cake from raw ingredients on a hot summer day without turning on the oven) which requires an exchange of energy in the world. A supernatural villainess tries to seize too much power, only to find that the kitchen witch has allies.

Space doesn’t allow me to describe all the stories in this book, but the theme of undercover witches runs through several of them. “Witches Have Cats” by Juliet Kemp is probably the funniest; in this story, a woman with latent psychic power but no knowledge of how to use it effectively has a cute but clueless puppy rather than a cat as familiar. The process of learning how to wield one’s power is shown as parallel to the process of “coming out” as queer.

In “D is for Delicious” by Steve Berman, a school nurse facing retirement is introduced to the witchy tradition of feasting on children in order to prolong her life. Of course, she resists at first, but she has resisted so much of her appetite for pleasure that at last, she decides to give in to it, having been seduced by a tempting sister-witch.

The female police officer who returns to a small English town from the city in Rachel Green’s “A State of Panic” is probably the most complicated kitchen witch of the bunch. This story is a self-contained murder mystery, but it is better-understood as one of this author’s “Laverstone” tales (including a novel, An Ungodly Child), set in a town with an unusual number of supernatural beings due to a portal which was never properly closed. In this story, local landmarks include Moot Point and Hobbs’ Wood (as in “hobgoblin”).

The stories that are not set in the world as we know it feature women with professions that don’t exist here. In “The Windskimmer” by Connie Wilkins, the greenmistress who can control plant life has a history with the wind pilot who sails airships. Although their specialties seem to have nothing in common, it turns out that they were once sent on a joint mission that threatened the earth for the sake of victory in war. Their agreement to right an old wrong also reignites their love for each other. This story is one of the more satisfying of the other-worldly stories because the reader is not left wondering WTF?

If I have any complaint about anything in this collection, it is that some of the writers rely too much on the formula: Show, don’t tell. Characters suddenly appear with a clap of thunder, and exude attitudes of various kinds, without much explanation of where they came from or what they want. Fantasy writers of the past (who are still read, I might add) didn’t seem to dread world-building in the form of long introductions or info-dumps which could inform readers about the culture and history of the setting. In some cases, info was dumped into a Book of Lore which was left someplace where the protagonist (and reader) could find it. Some of the stories in Hellebore and Rue left me wishing I could find a book of spells, a long footnote, an appendix, or a concordance.