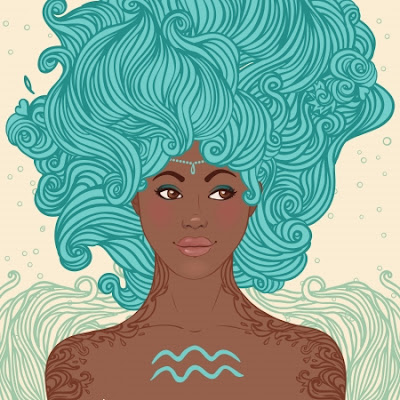 “Age of Aquarius” by James Rado and Jerome Ragni
From Hair: The American Tribal Love-Rock Musical (1967)

I was born on January 31st, smack in the middle of the period for the sun-sign Aquarius. Although I’ve never put much stock in astrology—I find it difficult to believe that remote stars and planets could influence our personalities or our fates—I have to admit that my character fits the classic description of the Water Bearer amazingly well. Aquarians are supposed to be independent dreamers, intellectuals, humanitarians and idealists. Sometimes they are contrary and rebellious against authority when it conflicts with their visions. Compared to some other signs, Aquarians may seem emotionally remote; they live in their heads more than their bodies.

Recognize me? I do.

I was also born in the mid-nineteen fifties, so I came of age in the sixties and seventies. Songs from the musical “Hair” were my anthems as a teen. I was convinced that a new dawn truly was on its way, that “the times they are a-changing”, in the words of another icon of those years. Compassion and love would overcome hatred. Justice would vanquish oppression. Peace would reign. Creativity would flourish. A new openness and mutual respect would liberate us from the societal prohibitions and taboos about sexuality, leading to greater happiness and satisfaction for all.

What a dreamer, right? Look around you. Disasters, violence, famine. Ignorant, selfish materialism. Global warning. Nuclear proliferation. Rape and other atrocities. Millions of human beings worldwide forced from their homes, struggling to survive in strange lands where they are demonized and distrusted.

Surely I must be disillusioned.

If you do the math, you’ll figure out that I’m now in my sixties. And after more than six decades on earth, I still believe in the power of love and compassion. I’ve seen the magic of kindness work wonders on a personal level. I’ve observed first hand the beauty of community, the power of people working together for good. And I’m totally convinced of the truth of karma, which also happens to be a foundational principle of magic: what we sow, we reap.

I have seen how violence breeds violence, how the oppressed can easily become oppressors. I question whether there’s such a thing as a “just war”. When I read about a terrorist or a white supremacist, about gay people beaten or murdered by homophobic gangs, about Buddhists slaughtering Muslims in Myanmar, Israelis attacking Palestinians and vice versa, Sunnis and Shias trading bombs, I try to remember that each of these individuals is a human being—more like me than different.

We all want and need certain things: food, shelter, family, security, status, a level of comfort. Love. Much of the horror we see around us stems from fear on the part of the part of the perpetrators: fear of scarcity, of losing resources or power or status, and fear of the Other. Politicians and governments deliberately stoke these fears for their own benefit. Take away the fear and maybe the opponents will see that they are not so different.

I’m not traditionally religious, but I believe in John 4:18:

There is no fear in love, but perfect love casts out fear.

I believe in the basic goodness of humanity and the overall upward trend of society. Furthermore, statistics support my beliefs.

World hunger statistics show that the number of hungry has dropped twenty percent since the nineties: http://www.fao.org/news/story/en/item/288229/icode/

Meanwhile other positive indicators, like literacy, educational level and political freedom, have improved:

The educational, economic, social and health status of women relative to men continues to get better, though major inequalities still exist:

Impressive progress has been made toward fulfilling the United Nations’ ambitious Millenium Development Goals (MDG), though there is still much to do:

So why does it seem that we’re living in the most violent, heartless, miserable, insecure period in history? The media have a great deal to do with this. Stories about conflict, crime, disasters and atrocities attract more attention and sell more advertising than those about harmonious communities or successful mediation. The instant availability of news from anywhere, plus the fact that such news is more likely to be negative than positive, lead us to the perception that the world has never been in worse shape and is going to straight to hell.

Do we face serious challenges? Of course we do. From what I can see, though, taking a negative perspective exacerbates these problems, instead pushing us to solve them. Anger is not a reliable long-term motivator. It may catalyze dramatic, sudden action, but is unlikely to contribute to analytic thinking. Despair saps the will completely. Negativism fuels amoral selfishness; if the world’s about to end, why shouldn’t I do what I feel like and damn the social consequences?

I believe that if you view your life as a fight, it will become one.

I’ll work for the things I believe, but I’m not going to cast that activity as a war, because I don’t want to think of my fellow humans as enemies (difficult as it may be to avoid this).

Seriously, I believe that our minds control our experiences. I am convinced that so-called reality is malleable, shifting as we change how we think about it.

And I’m working to make the Age of Aquarius more than just a song.