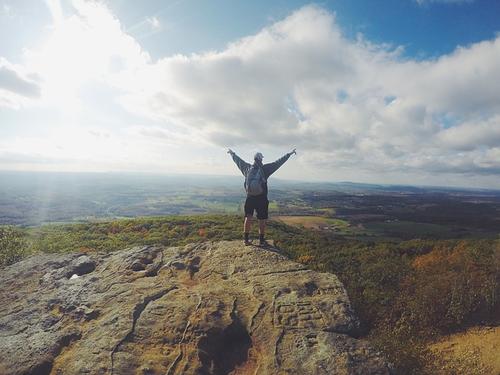 I’ve been incredibly fortunate in my life. Though I wasn’t exactly born with a silver spoon in my mouth, I’ve never been poor or hungry. Through a combination of hard work and lucky breaks, I managed to get a stellar education without ending up buried in debt. I’ve had several stimulating careers; none of them has made me rich, but they’ve all provided enough money for me to be comfortable and independent, and enough challenge to satisfy me, intellectually and emotionally. Between work and leisure, I’ve had the opportunity to travel extensively. Living in several foreign cultures has expanded my understanding of the world.

Aside from terrible eyesight, flat feet and some arthritis, I don’t have any physical handicaps, and for more than six decades, have escaped any serious health issues. My relationships have been lucky, too: caring and supportive parents, strong connections with siblings, a few lifelong friendships, a couple dozen lovers in my wilder days and a marriage of more than thirty years duration since I’ve calmed down a bit.

I’ve always been gratefully aware of my good fortune, but lately I’ve been feeling humbled and embarrassed. As one natural disaster after another unfolds around the globe—as humans inflict horrible suffering on one another in a dozen different conflicts—as my friends and acquaintances face disability, disease and death—I can’t help but wonder why I’ve been spared.

Recently I ran a contest for members of my “VIP Email List”. I do this every few months. My usual strategy is to ask anyone who wants to enter to send me an email, answering some question, often about marketing issues. Then I randomly draw winners from the emails I get.

This time, I simply asked my readers to send me a bit of news about what they’d been doing recently, or what they had planned for Halloween. I received maybe a dozen responses. I was shocked by how many of them talked frankly about the problems they’d been facing. One reader’s home had been destroyed by Hurricane Irma, another by Hurricane Harvey (she even sent me photos of the flooding). A long time fan shared frustrating news about her daughter’s most recent, unsuccessful surgery. Another woman told me about her tango lessons. She used to belly dance, she confided, but since her MS has worsened, tango is the only sort of dance that fits her physical limitations. Then there’s the fan who serves as caretaker for her disabled husband and autistic son. She told me she’s looking forward to spending a quiet Halloween curled up in a chair reading.

The thing that struck me about all these emails was their mostly cheerful tone. These women were all dealing with adversity far beyond anything I’ve experienced, but they didn’t seem discouraged or demoralized. This was life, their notes implied. We don’t have any choice but to handle it as best we can.

Personally, I think this deserves the term “triumph”. These women are quiet, unsung heroines, managing in the face of difficult odds. I find myself wondering if I’d have their strength, if our positions were reversed.

I have a second cousin once removed who was born with Spinal Muscular Atrophy (SMA), a fairly rare genetic disorder that condemns the sufferer to increasingly severe paralysis, usually leading to early death. You can find out more about this debilitating disease here: http://lisabetsarai.blogspot.com/2017/06/charity-sunday-1-fightsma-donation.html Danny’s mom and dad basically spend their entire lives dealing with his limitations. I can scarcely imagine how difficult it must be for them, as well as for their other son and their extended family. Yet they post photos on Facebook of family gatherings, where everyone is smiling, including little Danny— grinning behind his oxygen mask. How do they do it? Where do they find the courage to live this life, to play the awful hand they’ve been dealt by Fate? Yet they do, one day at a time, and I believe there may be more love in their home than in most.

That’s my definition of triumph.

Then there’s this story, about a Syrian refugee who has managed to fulfill his dream of becoming a dancer:

Talk about overcoming obstacles—though in this case they’re economic, geopolitical, and cultural barriers rather than physical ones.

These stories inspire me, but they also make me uncomfortable. I haven’t been tested like this. I’m afraid that if I were, I’d be found wanting. I feel soft, spoiled by my good fortune, not to mention slightly terrified that the ill luck I’ve managed to escape thus far is waiting just around the corner.

Then I realize that even if something awful happened tomorrow, I’d still have a million reasons to be grateful. And I wonder if this is the key to survival, to triumphing over adversity—recognizing that no matter how bad things get, they’re always a lot better than they could be.