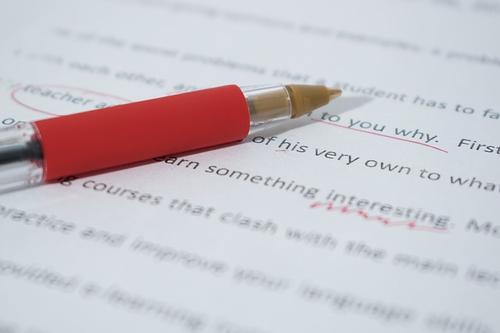 When I first began publishing, I tended to think of my stories as artistic creations which would lose their integrity if they were altered. This attitude probably carried over from my poetry. I’d always viewed poems as snapshots of experience and perception. All my poems were written in a single sitting, often in less than an hour, to capture some sudden insight or intense emotion. I never revised them. Editing them afterward would distort the truth they embodied, the essence of the moment in which they were created. Or so I believed.

Hence I resisted my early editors, who wanted to change various aspects of my work. Only grudgingly did I remove the golden shower from the first, Black Lace edition of Raw Silk. I felt that the scene exemplified the D/s dynamic between Kate and Gregory. (It also pushed my personal buttons.) My editor replied, not unreasonably, that a man with an erection could not have managed this. Out it went (though the editor did allow the characters to fantasize about such activities in the indefinite future).

I’ve come to realize that authors need to balance their personal visions of their work with the informed suggestions (or dictates) of their editors. Editors often can see structural and language issues in a story to which the writer is blind. Editors also may have a clearer picture of the target market, so features in a story that conflict with the expectations of that market are more obvious to them than to the author.

That being said, I bristled when my editor insisted I replace my (many) semi-colons with em dashes. It took me a while to understand that this was a question of fashion, not correctness. Then there was the editor who wanted to strike every use of “that” to introduce a dependent clause. Every single one. Okay, I was willing to admit I might have overused the construction, but sometimes the rhythm of a sentence required that extra beat. I was selective in my obedience to her dictates.

The editor who believed that any verb phrase that included a form of “to be” was passive, however, I simply ignored. I also rejected changes that put entire paragraphs of flashbacks into the past perfect tense, even though strictly speaking that would be “correct”. Instead, I’d change the first few verbs, then revert to simple past. Otherwise, the text sounded stilted and awkward.

I fumed. Finally I gave in, deciding it didn’t make much difference in the story.

The plot required her to seduce the Shark in order to find the drugs he’d stolen from the mob who’d kidnapped her lovers. In my early drafts, Emily enjoyed that process far too much to please my editor! I had to sit on my instincts, suppress my fantasies, and make Emily repelled by him, rather than attracted. I found that tough to do.

I did draw the line, though, at sanitizing the language. Jean uses some strong epithets when he discovers Emily’s double-dealing, including some racial slurs. I refused to remove these terms. I viewed them as essential details helping to define Jean’s character.

The editing process for this novel was exhausting and demoralizing. I actually considered pulling the submission and publishing it elsewhere. Unfortunately, the book was designed for a particular series of this publisher. Plus it was a sequel to a novella written in the same series, so I would have had to figure out how to reclaim the rights to that book as well.

Did I choose my battles wisely, fighting about the important issues, surrendering gracefully in areas where the changes seemed less damaging? I’ll never know. I’m fairly happy with the way the book turned out (though I still fantasize about an affair between Emily and Antoinette), but it has never sold well. Sometimes I wonder whether readers can sense the tension that went into its production. Can they see the blood staining the pages where my editor and I fought?

Still, my publisher got the last word (though only on their site, not on Amazon).

These days, I’ve switched almost entirely to self-publishing. Guess I’m avoiding the battles, rather than choosing them, but it’s a lot less stressful.