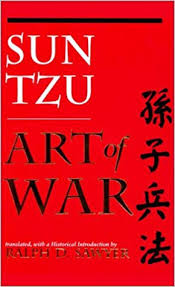 I had a colleague who was fond of quoting from Sun Tzu’s The Art of War. Much of what is in that book makes a great deal of sense, even two and a half thousand years later, but my favourite quote is this one:

I think the modern translation would go something like ‘get others to do as you want, but make them think they’re doing what they want.” I suppose it’s even better if the other person is actually doing what they want. Many of my stories feature BDSM relationships, often new relationships where the submissive is just discovering the exquisite magic to be found in pain, and sometimes making those discoveries against their better judgement. In real life, of course, people go into D/s play with their eyes open, those are the rules – safe, sane, consensual – but I like to think a little angst makes for a better story. After all, I don’t write training manuals.

A couple of OGGs ago I mentioned getting back the rights to some of my earlier work. One of those stories soon to revert to me is Sure Mastery, a trilogy whose main female character has more than a few battles to face and she becomes very skilled at choosing when to stand up for herself, then going for it. Ashley contrives to get her abusive boyfriend arrested when he pushes her too far, but finds herself reluctantly submitting to a spanking from an angry Dom she hardly knows. In fairness, on that first occasion she has little choice in the matter (yes, I know, I know), but the next time he suggests he might punish her she’s not having it. This excerpt is Ashley making a stand, and meaning it.

“I’ve never done much ironing. Maybe I should just leave that, or practise on tea towels or something…”
He fixes me with a glare, the mossy glint in his eyes chilling. “Practise on your own tea towels if you must, in your own time. But you’re on my time now and I want you to iron my shirts, jeans and bedding. Maybe a sweatshirt or two, whatever’s in there. And anything you ruin gets added onto your debt. Or maybe I’ll just take it out of your hide. Again.” His lips quirk. He’s probably joking. Maybe. But those jibes and veiled threats sting, they hurt me, undermine my fragile self-confidence, every time. And as far as I’m concerned there’s no funny side to this. He needs setting straight.
I take a deep breath, set my shoulders and lift my chin. Best to look the part. And I go for it.
“No, Mr Shore. You won’t. You won’t lay a finger on me again. In any circumstances.”
Now I do have his attention. He regards me quizzically before leaning back in his chair, his booted feet up on the spare seat next to him. That hard emerald glitter is fixed on me. “Do go on, Ashley. I get the impression you’ve something you want to say.” His tone is soft, but I’m not misled by that. I square my shoulders again, I can’t back down now.
I clutch my mug of coffee to stop my hands shaking, but this is my opportunity, maybe the only chance I’ll get to set out my stall, and I need to do it quickly. “You caught me at a disadvantage that first time when you, when you…”
“When I stripped you naked, put you over my knee and spanked you?” he puts in helpfully.
I know my face is beetroot, the very memory of how he treated me that day, how I let him treat me, mortifying. After everything I’ve been through, that I could allow such a thing to happen to me… I stare into my coffee for a few moments, regrouping. But the words are not to be stopped. “Yes. That. I should never have let you do that. You had no right.”
“I don’t remember giving you much choice, to be fair.”
“Well, whatever, like I told you then, I’m not a punchbag or a doormat. Not anymore. I lived with a violent man, a man who thought it was okay to kick me around when he felt like it. Even to rape me. But I left Kenny, and I started again. I’m different now, and I won’t let any man think he’s got a right to hit me just for scorching his shirts. Or for anything. I’ll do my best with the ironing, but if I spoil your clothes I’ll pay you for any damage in cash. But I won’t work for you for any longer than we agreed, and I won’t let you hit me again.”
No? What are you going to do about it then? I wait, defiant, for the inevitable response. And even before he calls my bluff I’m starting to consider, and dismiss, my options. Walk out? To go where? Call the police? Yeah, right. I’ve marched myself into a corner and I’ve no real way out I can see. What an idiot.
And to top it all, my voice was cracking by the time I finished my little speech and I’m horrified at what I’ve let slip. I never intended to tell anyone about being raped, least of all this overbearing bully who came close to doing the same thing to me, only stopping because he doesn’t find me even attractive enough for that. Thank God. But I should never have mentioned it—it’s still too painful to talk about, too personal and too raw. A long silence follows my little outburst. He doesn’t move, but I can feel his eyes on me. Watching, assessing. I wait for his next attack.
Instead, “He raped you? Kenny?” The question is soft, gentle.
I nod. “Yes. Twice.”
“Did you report it to the police?”
Ah, here we go. “No.”
“Why not?”
“I lived with him, slept with him, had sex with him regularly. Who’d have believed me that once or twice it was against my will? And… I was scared of him.”
He nods, doesn’t press me further, seems to accept this explanation. “I knew he was a vicious git. I saw the way he treated you that night. I just didn’t realise… I understand now why you were afraid of Nathan and me when we came to your cottage.” He hesitates, his gaze softening. “I’m sorry for that, and for the way I spoke to you afterwards. I was insensitive and cruel. You are safe here, with me. I hope you can believe that.” He reaches out, tips my chin up with his fingers, gently raising my eyes to his.
I hold his gaze, assertive Ashley back on her soapbox. “Yes, I do believe that. But only because you don’t fancy me. I’m too scrawny, ‘not enough to go around’ I think you said.” The bitter sting of those cruel, dismissive words still bites. Hard. Without thinking about possible consequences I press my point. “And I’m not having any more of that from you either. No more insults, no more belittling me with your personal comments. I won’t let you make me feel small again. Just leave me be, and if you’ve nothing nice to say about me then keep your opinions to yourself, please.”
Gently cupping my chin with his palm, he holds my gaze, his gorgeous eyes now warm, tender almost. And I see respect starting to dawn there. At last, he speaks, his tone low, serious. A hint of admiration there, just maybe.


“Well said, Ashley. You’re right, and I apologise. For the things I said to you, back then and just now. I was rude, cruel, and what I said wasn’t true. The truth is, you’re so lovely you take my breath away—especially naked.”