It perhaps counts as an irony that my post this time around focuses on the constant battle-choosing that comes with working from home. Ironic because I'm late posting, due to receiving a call to help my father move house, just as I was beginning to type this blog.

I mean, it wasn't a totally random event. "Yeah, I figured I'd move house today, so you wanna come help?" I'd already lugged a bunch of stuff a couple of days ago, in the mad humid heat in the middle of the day in Brisbane's subtropical summer. And I honestly don't mind, because while my dad's still a very fit man, he's in his mid-70s now.

Today's call was only slightly random in that we'd made the general offer to help, and it just so happened some things came up today that needed at least two adult males to move them. So I took my 14-year-old as well (who's as tall as I am now, the cheeky fecker). All good family time, and we helped my dad and stepmum move into their lovely new house with a heated pool. A pool we were eyeing off as we moved frickin' heavy plant pots around in the midday sun.

Now, while all that detail isn't strictly relevant to the blog I'm writing...that's exactly what MAKES it relevant.

All of you out there who work from home know the struggle. I've only worked from home in creative fields (writing and cover art...and a little bit of music). So while I don't profess to know how it might be for an accountant, for example, or for any more structured kind of work, I do imagine the struggles would have the same heart, even if saddled with a different face.

When you do work from home, it can be so easy for friends and family to focus on the "home" part, to the detriment of the "work" part. "You're home, so maybe you can..." It doesn't matter what you finish that sentence with. It's already something they're asking of you which they WOULDN'T ask you if you worked a desk job in the city. Or a bus-driving job. Or garbage pickup. Anything which has hours that are regulated by someone outside your skull.

So as I said earlier, we're constantly making these choices. These choices ARE our battle.

Do I stop writing this scene so I can answer that ringing phone? Or do I let it ring out?

Do I answer the door to that person who's clearly only going to ask for a donation? Or do I not?

Do I put pants on if I answered "yes" to that previous question?

The worst part of it all is that, in my case at least, I'm the worst offender. By that I mean, I still struggle with feeling that my working from home is validated. So when people do ask me to do something, or they ring me in the middle of my work hours, or come calling unannounced, nearly every time I allow that interruption. Similarly to Annabeth's previous post, I need to choose TO battle: for my work hours.

I'm not making any pledges about it. But I'm gonna work on it. I've already pledged myself to a couple of battles this year. First one is, I'm going to publish 50 titles in 2018 (probably not too many of them will be under the Willsin name...mostly short stuff on a new pen name). Early February should see the publication of two different Willsin stories, both in anthologies (see below for one of 'em).

The other one is not so much a pledge as an observation. January's not over yet and I've hit 26 covers made for other folks (and myself). I'm anticipating a 300-cover year in 2018. 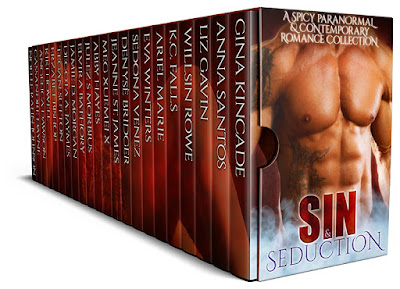 
And my story within the anthology... 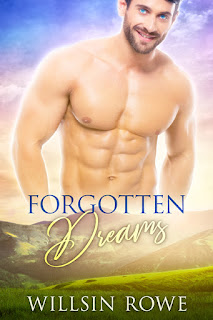 Curvy Seattle-based singer Blaire Masters has made some tough choices in life. Driving 500 miles to hand divorce papers to a man she’s still in love with, though, has to be the hardest.
But when she comes to in the wreck of her car with no memory of who she is, the only thing she’s sure of is the hotness of the guy rescuing her.

David has lived alone on his Montana apple farm for two years, and has grown a tough shell in that time. Yet he can’t help the way his body reacts to his damsel in distress. She might be injured and without her memory, but she’s all he’s ever desired in a woman—curvy, beautiful and smells like heaven. The more time he spends with her, the more she glides her way through his defenses.

But when everyone else they meet seems to know Blaire intimately, she’s forced to ask questions of herself…and her rescuer. And she finds out their dreams have more in common than she’d ever have expected.