"Riding the Dog" A flirtatious story 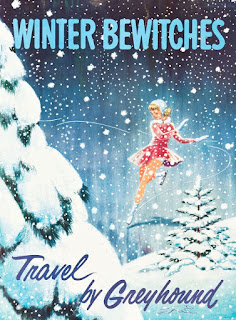 As we passed through Cloquet around midnight, a few people got off and went into the bus station in the falling snow and the dark, and a woman in her forties or so got on and took the seat next to me. I didn't really feel like talking but she began chatting about the snow and her daughter at the University of Minnesota.  It would have been rude to ignore her so I opened up a little. She asked what I did, and I thought I'd show off and told her I was a writer. I wrote erotic stories, why not? Was she shocked, I asked. No, not at all, she said, but she preferred the classics. Life was too short after all.

After that she turned on her reading light and took a magazine from a shopping bag and ignored me. It was the latest Cosmopolitan. She started to nod off with the magazine in her lap. I nudged her and asked if I could read it. I love snacking on Cosmo.

Cosmopolitan and its sexy screwball stuff for liberated women. I always think of them as “goddess articles”. The endlessly popular How to Drive Your Man Wild in Bed. One Dozen Sex Techniques Known Only to Fiji Island Cannibals to Make Your Man Eat You Out Like a Love Goddess.  Fifty Secret Taoist White Dragon Qi Gong Sex Techniques to Drive Your Man Insanely Wild in Bed Until His Balls Explode And He Dies In Your Arms. I don't know.

I just love that stuff.

We were going down the highway in the dark and snow was blowing against the window. Buses are mostly safe in snow. There were hardly any cars on the road. After a while, she rolled over and said "So you write dirty stories?"

"Where do you get your ideas?"

"It’s about like you'd expect. Fantasies. Same as anybody."

"The kind you jerk off to?"

"Madam. Now you're trying to shock me."

"I don't shock easy. Even Minnesota women have a hard time shocking me."

"I'm an Iron Range woman. I'll bet I could shock you. Hey. Tell me a fantasy."

“Tell me your most shocking fantasy.”

“I asked you first.”

“Yes, but you’re the one who wants to know.  Besides, I get paid for my fantasies.”

"Something weird, something that goes back a long way. The über fantasy."

I didn't hear anything back from her for a little while, and I slouched down in the seat, thinking the conversation was over. I was about to go to sleep.

"Yes, please." I said, straightening up. "You have all my attention."

"This goes back, like when I was in high school with the nuns."

"You went to Catholic school?"

"Are you going to let me tell it? So. This is my fantasy. I'm living in this big rich house, like maybe in Italy."

"Romance novels are always in big Italian houses like that.”

"Anyway. Big house. Maybe Italy. Or the Riviera. And the house has this thing like a deck. In the back, it’s a deck with a view of this kind of sweeping canyon, with trees and wild flowers. I'm laying on a chaise lounge in my bath robe, there on my nice deck in my nice Italian house, but I've just gotten out of the shower. Or maybe I've been swimming naked in the ocean. I'm naked underneath the robe. There's a little table with this drink called a 'buck fizz.' "

"A buck fizz. It makes you feel romantic and kind of warm all over. It’s a real aphrodisiac. Very sensuous."

"So there I am. I'm fuck-buck naked under my robe, with my buck fizz. I'm looking across this meadow full of wild flowers. And there's someone crossing the meadow, coming towards me. It's a man. He has long hair and a beard, and this kind of scruffy robe, like he's come in from the desert. As he gets closer he's sort of middle eastern looking, kind of hippie Italian looking, with dark olive skin and big eyebrows and a big nose. He sees me and he's coming towards me. And I just lay there and wait for him to get near and then I see who he is."

"Really? I can't believe it. You've shocked me. You did it."

"Yes, now listen and no Interruptus, because that's not even the weird part. What happens next, it’s hard to even tell this part, so look out the window or something, don't look at me for a minute. I always thought he looked so sexy and kind of vulnerable in those pictures with a lamb in his arms. Don't you think so?"

"Me? I thought he looked like a pansy with that stupid lamb."

"Anyway. So he comes up to me and I'm laying there and suddenly the wind gusts up and blows my robe open and he like . . .  . he like sees me. You know? My breasts. My bush. He sees everything. Sometimes I pull the robe closed and hide, sometimes I let my legs fall open so he can see more. Its always different. But he smiles and he gives me this look like he wants me. Like he loves looking at me, and I pull my robe closed and I feel all embarrassed but he goes on looking at me like it’s okay. Are you getting this?"

"Yes! I love it. I'm going to steal it and put it in a story someday."

"And he sits down on the chaise lounge with me, and then he reaches over, so gently, so sweetly, and he pulls my robe open. He pulls it apart and he just sits looking at me naked, looking at my chest, and my boobs and he looks down at my bush, and he looks at my face. It gets me hot because he's looking at me, it’s like God is looking at me and God thinks I'm hot. And me, like I could just reach out, and run my fingers through God's hair. Can't you just imagine doing that? Then he puts his hand on my right breast and lifts it and cradles it in his warm soft palm, like that little lamb and then he bends down and kisses me and puts his tongue in my mouth."

I hadn't realized it, but I was holding my breath. I let it out. "And then what happens?"

"Well then, it’s always different each time. But something happens. Sometimes he fucks me. Or he does down on me. It that a venal or a mortal sin, do you think?"

"I don't think it's a sin. I do think it’s pretty damn weird to imagine Jesus Christ doing you on a chaise lounge, right out of nowhere."

"If it was the Virgin Mary laying there with her robe open and it was you, wouldn't you do it?"

"Whatever. Sometimes he asks me 'Are you a bad girl?' and I say yes, I'm a very bad girl. And he says 'I'm going to have to punish you or you'll go to Hell.' and I say it's okay, punish me Jesus. And he takes me over his knee, so my bare butt is sticking up in the air and he spanks me."

"On the ass with his hand. Isn't that sick? The idea of Jesus spanking me gets me hot."

"You Catholic girls, I don't know about you."

"I've never imagined myself doing it with the Virgin Mary. She doesn't even appeal to me that way."

"I first told this in confession, when I was still in high school. I confessed it to one of the nuns."

"She didn't say anything. She just sat there and cried. I don't even know why."

I had to think about it. I have a lot of fantasies. A lot of them aren’t the kind you tell to women because they read too much into it. You can dig a hole for yourself. But I had one that was safe, and it was ancient. It was one I had since I was a kid.

“You ever watch Dracula?” I said.

“The first one. That dusty old Universal Pictures thing, with Bela Lugosi.”

“Oh shit,” she said. “Yeah, I love those old movies. Okay. Lugosi. 'Good EEF-ning! I VILL bite your NEECK!' So you’re a vampire in a tux? That’s your big fantasy?”

“No,” I said, “It was this thing he did. This eyeball thing he did. He would look in a woman’s eyes with his vampire eyes, and she’d go all blank. She’d do anything he said.”

“In the movie, after he goes to England there's this opera, see? And he’s at the opera, and there’s some fancy people there he wants to meet. So there’s this girl, she's like a maid or a cigarette girl or some shit. It’s like 1920 or something, and he’s all dressed up in his tux, and there’s this young girl, not too bright, and she’s dressed like an English maid. I guess. And he does the eyeball thing to her. See?”

“She looks into his eyes, ‘Look into my eyes!’ he says, and she’s just gone. Like totally. He's got her. He's right inside her skull. Now she’ll do anything for him. Anything.” 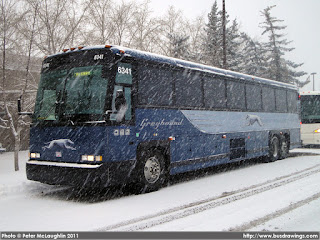 “She doesn’t do anything! He tells her to go to the opera box where all these rich English stiffs are sitting around all dressed up, and just announce him. I mean, what the fuck, why does he work that hard? Is he cheap? He can’t tip her five bucks and just say ‘Tell those dumb fucks in the opera box over there, Count Dracula is coming and save me a seat.’ No, its cause they want you to know he's this powerful dude who can eyeball people into doing whatever he wants.”

“So what’s your fantasy?”

“Well. If I were Dracula, and I had the little English maid there looking into my eyes, I’d zonk her out good and say ‘you’re in my power now. Hell, show me your tits.' Or maybe ‘you are now my slave. I command you. Come into this unoccupied opera box over here, you hot little English cigarette girl, take off all your clothes until you're good and naked and then I command you to bend over and spread ‘em.’ Something substantial at least.”

“Now wait, but, but that’s like date rape.”
“It’s my fantasy, not your fantasy. If you can screw Jesus Christ I can screw hypnotized cigarette girls.”
“Oh, poof. Shut up.” But I heard the smile in her voice. “Misogynist pig.”
So she was quiet for a long time.
And then I heard her whisper - “Try it on me.”