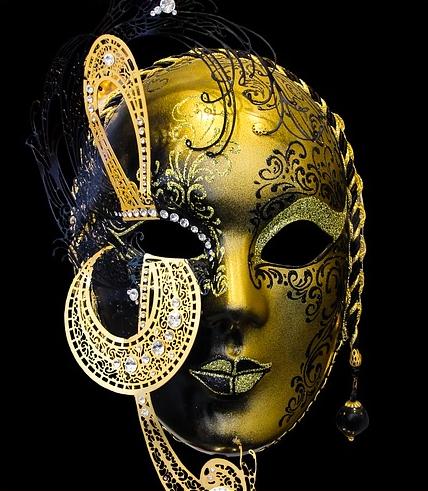 A train finally pulled into the station. Miranda rode one stop then transferred to the Red Line at Downtown Crossing. The second train was even more deserted.

The car held one other passenger, a young Japanese businessman who sat across from her. His thick, shiny black hair was expertly styled. He wore fashionable wire-frame glasses and a beautifully-cut dark blue suit. He was reading a paperback. However, when she entered the car, he stuffed that in his jacket pocket and stared at her in a manner completely out of keeping with the reputed politeness of his culture.

Annoyed but somehow fascinated, Miranda stared back. The man’s eyes narrowed. A slow smile curved his surprisingly full lips. He deliberately removed his eyeglasses, folded them precisely, and deposited them in his expensive attaché case. Then he resumed his scrutiny of her.

The train stopped at Park Street and the doors creaked open then, after a few moments, they clattered shut. No one got on or off. The Japanese man remained focused on her.

Miranda recognized the sexual charge in his gaze. She knew her taut nipples were visible, poking out the fabric of her top. Her skirt was only half-buttoned, she noticed. The man was focusing now on the shadowy area where it fell open, just above her knees.

Suddenly she felt hot all over, her cheeks, her earlobes, her fingertips, her breasts all flushed with blood. The cotton of her panties bunched damply between her thighs. The young executive watched her reactions, stroking his own thighs with pale, well-manicured hands.

Without conscious thought, still holding him with her eyes, Miranda began to undo the other buttons on her skirt. She lingered over each one, building suspense. Her companion sat still, composed and patient, but Miranda sensed his underlying eagerness. Her own arousal grew each time she released one of the buttons. The Japanese stranger adjusted his position, moving his legs a bit, showing her the bulk in the crotch of his well-tailored trousers. Her own sex felt just as swollen, the need for stimulation almost painful.

Leaving the button at her waist still fastened, she slowly pulled the two halves of the skirt to each side. Now her white underwear was clearly visible. Her traveling companion sat entranced as she slipped her hand into her panties and lightly fingered her clit.

Then she shut her eyes, overwhelmed by her body’s reaction to this barest of touches. Ripples of pleasure flowed out from that sensitive center, until she was tingling all over. Tentatively, she slipped a finger into her pussy, marveling at the wet heat she found there. He was watching every move, she knew. That knowledge magnified the pleasure a hundred fold.

The back of her hand brushed against damp cotton. Of course, he could not actually see what she was doing, in detail. Miranda felt sure that he would want to. She opened her eyes again and found that her partner’s gaze had not wavered. With the same deliberate pacing she had applied to the unbuttoning, she raised her bottom from the seat. She removed the obscuring panties, sliding them smoothly down her legs to her ankles, then bending as gracefully as she could to pick them up. Dangling them from one finger, she let them drop beside her on the bench.

Now the stranger opposite could see Miranda’s dark thatch, with the pink lips protruding, engorged and slick. Miranda spread her thighs wide. Using both hands, she parted the curls and began to frig herself in earnest. She slid the first two fingers of both hands into her vagina. Meanwhile her symmetric thumbs briskly massaged her clit.

She saw delight and disbelief on the face of the Japanese man. His suit trousers were hugely distorted by his erection. Miranda felt outrageous and powerful. She placed one sandaled foot on the seat, opening herself further to his view. His eyes never left her nimble fingers, sliding in and out of her cunt. Meanwhile, her gaze remained locked on his face as she edged ever closer to climax, the lust she saw there inflaming her beyond reason.

The train lurched to a stop, startling them both. Miranda realized that they had reached Charles Street station, her stop. Acting far more composed than she felt, she removed her hands from her crotch. She stood, picked up her purse, turned her back on the stranger, and walked out of the train without looking back.

Still, she was intensely aware of his presence. She knew he’d paused to retrieve her sodden panties. His breath caught as he slipped out of the car just before the doors closed. His footsteps echoed on the stairs behind her as she descended from the platform to ground level.

As in Chinatown, all the businesses on Charles Street were dark. The gas lamps made pools of golden light at intervals along the street. Miranda could hear her heels clicking on the cobblestone sidewalk, and a few paces behind her, the muted sound of the businessman’s leather soles. A mild spring breeze stirred her skirt and touched her naked privates underneath. She shivered at the touch, delicate but intimate, the fingers of some ghostly lover.

A few blocks from the station, Miranda reached the alleyway that led to her apartment. She ducked inside and stood with her back to the brick wall, breathing deeply.

Overhead, the moon shone cold and distant. Halfway down the alley there was a lamp, but the area near the entrance where Miranda lay in wait swam in darkness. It seemed a long time before the Japanese man reached the narrow passageway. For a moment, Miranda thought that he was going to pass right by. But no, he turned abruptly as he caught sight of her. Before Miranda could move or speak, he seized her in a fierce embrace and had his tongue deep in her mouth.

Flirting, playing, teasing the man on the subway was one thing. His sudden physical presence was something else, shocking and foreign. He smelled of some men’s cologne, brash, almost bitter. He tasted faintly like licorice. His tongue was agile and his mouth demanding. She was no longer in control. Miranda gave herself up to the kiss. It sent electric sparks shuddering down her spine to her sex.

He sucked her earlobe into his mouth, nipping at the tender morsel of flesh with sharp teeth. The brief pain was immediately overwhelmed by delicious spasms between her legs. Now he was nuzzling at her neck, his coarse, thick hair tickling near her collarbone. He held her with one arm and with the other, pulled up her jersey, reached behind and deftly unhooked her bra. The night air caressed her bared breasts as he pushed the bra out of the way and fastened his mouth on one taut nipple.

Miranda’s knees grew weak. She loved his force, his strength. When his hand moved below her waist, she spread her legs wide, silently offering him her sex. But instead, he unzipped his trousers, releasing his straining penis.

He stood back for a moment, so that Miranda could see it. Smooth and pale, it seemed almost luminescent in the moonlight. His cock was elegant, slender and straight with a glans scarcely larger than the shaft, and totally hairless. Like ivory, Miranda thought. Then thought disappeared as the man roughly pulled her legs apart and, with a single upward thrust, buried himself in her depths.

He was as hard as ivory, or bone, or stone. He worked her cunt with fast, furious strokes, leaving her little time to breathe. Miranda could only moan and clutch at his shoulders as his unyielding rod slid in and out of her. Her eyes closed. Other sensations mingled with the exquisite roughness of his thrusts. She smelled his sweat, dampening the armpits of his business shirt. The brick wall scraped her back. She heard a siren, blocks away, and it seemed like its keening rise to crescendo matched the progress of her arousal.

She was soaked, so wet that at one point he slipped out of her folds. He uttered what sounded like a curse in Japanese. With both hands, he grabbed her buttocks and raised her off the ground, settling her firmly on his erection. Miranda instinctively locked her legs around his waist. Their bodies thus linked, the stranger resumed his thrusts, his penis now firmly embedded in her hungry cunt.

In their new position, Miranda had more control. She rocked her pelvis back and forth, seeking deeper penetration. There were always those aching places, too deep for any cock, that craved stimulation. Her partner growled and dug his nails into her hind cheeks. Wonderful pleasure-pain. She clamped her thighs more tightly. At the same time, she tensed her cunt-muscles, gripping the ivory rod inside her and grinding down with fierce energy. She teetered on the edge of orgasm, screaming inside for that one perfect thrust that would push her over.

As she clenched around him, he exploded. He rammed her against the wall, tearing her jersey. Oh, that was what she wanted and needed, to be torn open! His cock pierced the balloon swelling inside her, and her climax took her like a hurricane. The gale rang in her ears, bore her aloft, battered and blessed her.

When the force of the orgasm faded, she found she was still entwined with the body of the Japanese man. She looked at his face, for the first time since the subway. He smiled, a bit sheepishly, and helped her to stand.

Miranda felt dizzy. No, giddy, overwhelmed and amazed by her own audacity. She pulled her bra and her tattered shirt down over her naked breasts. Brushing off brick dust, she watched the businessman stuff his now-limp penis back into his pants and close the zipper. She smiled, a secret smile that she knew the stranger would not understand.

He straightened his clothing and retrieved his briefcase from the pavement where he’d left it. With the same care he had used on the train, he extricated his eyeglasses and put them back on.

Then he surprised Miranda. He stood very straight, looking conservative and affluent, and bowed low. “Arrigatou gozaimasu,” he murmured. Picking up his case, he turned and left the alley. Miranda could hear his soft footsteps on the sidewalk as he disappeared from her life.

~ From Miranda’s Masks by Lisabet Sarai 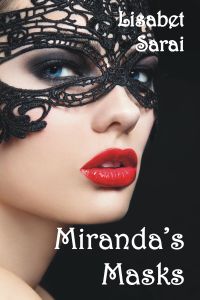