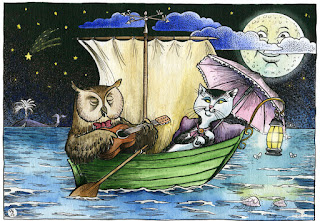 Pleased to meet  you.  How are you crazy?  Crazy as owl shit, I mean?

Let me tell you first  how I'm crazy.

These days its Panera.  I like Panera because of the light and because they have decaf late at night.  I need my coffee when I write, but I also have trouble enough these days trying to sleep.  It used to be Barnes and Noble in the mall, where the Starbucks was my favorite place to read and write, but that’s when my wife was working at Macy’s.  She’s overseas looking after her ailing mother, and has been for close on seven months.  She’s a good daughter.  She’s a good wife, and like many good wives underappreciated until her absence is felt like a black hole in the astral plane, sucking up everything in its gravity well. These days if I go to Barnes and Noble I feel haunted.  I miss my pussy.  I miss my pussycat.  Her spirit is everywhere, like a ghost.

I think what we experience as being a ghost may be less a disembodied spirit than a disembodied neural circuit, a deep memory with no where to go.  An important and intimate friend, recently said "Where will you put that love?"  A ghost can be a love that has no where to go.  I walk around Macy's and I feel her presence, as though she inhabits the air itself.  There's nothing wrong.  She's alive.  We're married and well enough and someday she'll finish her work in Panama and be back and we'll settle back into the old grooves of a well seasoned couple.  We never really know someone, even when we are intimate with them.  We know only what they show us, what leaks out at us in vulnerable moments when the armor is down.  We know our illusions and the story line we tell ourselves, but the person will always be out of our reach.

My close friend says I’m grieving for her.  That’s an interesting way of seeing it.  I think she’s right.  I'm surprised that I can grieve for a person who is not dead.  After years of marriage, a couple becomes less passionate and more like a symbiotic organism.  When one half is gone, the other begins to come apart in big messy pieces.  That one would be me.

These last few months have been a difficult journey.  Growing old is not what I had thought it would be when I was young.  Why am I not wise yet?  I’ve discovered panic attacks and a legion of other odd demons that I had not known were there.  But I’ve been comfortable for so very long, and I wasn’t growing.  Now I feel something.  Sitting hard on the chest of my madness, holding it down and mostly out of sight, I feel very much alive.  Motivated to grow.  Grow - or else.

One of the better points of growing older is that one judges others less.  Seeing one’s own vulnerability and occasional outbursts of public lunacy up close, you begin to see that everyone else is carrying a heavy load as well.  What you realize is that each person you know is crazy, each in their way, not just amusingly crazy, but truly “Crazy as owl shit,” as my friend says.  Truly.  When people are getting to know each other for the first time, on that first date, maybe the thing to know is not how are you compatible, but how do we sync up our mutual crazy and make it sing?
Another thing about growing older is that a person becomes more and more sexually transparent.  More anonymous.  Unless you fight it.  Women especially feel this.  The brave ones fight against it, rage against the dying of the light, the dying of the erotic magic.  Some find menopause a kind of relief, a license to stop worrying about the male gaze and just get on with it.  There’s something to be said for either.

I am more and more anonymous.  The better to be crazy. 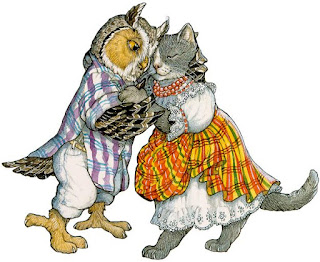