"Giselle has lots of sex and then writes books about it!" @GiselleRenarde 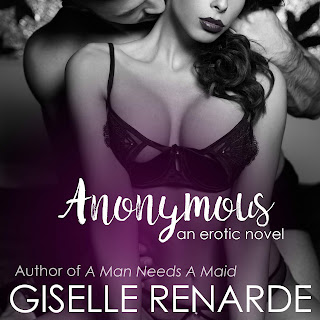 I spent the day with my grandmother. She's back in hospital, unfortunately, and she's been so badly delirious that the nurses have been dosing her with anti-psychotics.

But today she was pretty much back to the good old grandma you know and love. Her hearing is really bad, so when one nurse told her "I'll check on you later," my grandma shouted "You'll sext me for lunch???"

She should go into comedy, I swear.

In an obvious attempt to embarrass me, she said to another nurse: "Giselle has lots of sex and then writes books about it!"

Yup. My grandma said that.

I made no comment, but what I was thinking was... I wouldn't say I have "lots" of sex. Though, I must say, the sex I do have is pretty damn noteworthy. That's why I do incorporate it into my fiction. Some of my fiction. Not all. And mainly just short stories.

In fact, I don't think I've ever written an entire novel based on sex I've actually had. I could be wrong. I've written a lot of books, at this point. But when it comes to novels, the sex I write is generally fictitious in the extreme.

Since this fortnight's topic is Anonymous, I would be remiss not to mention a book I wrote called... "Anonymous." Especially when you take into account the fact that the audiobook just came out two days ago.

If ever there was a book about sex I haven't had, it's this one.

I wrote "Anonymous" years ago in response to a demand for MMF menage erotica. It's about a husband who wants to suck another man's cock, and a wife who wants to watch him do it. The husband's got his eye on a waiter at the bistro down the street, but the wife thinks the only way to go is to hire someone anonymous. No strings. No names. Just sex.

It's a "careful what you wish for" situation, big-time, because once they've gone through with the big date, the wife becomes obsessed with discovering "Mr. Anonymous"'s true identity.

She thought she knew what she wanted, but she didn't. Isn't that always the way?

Recording the audio version of this novel was an all-round awful experience. I love doing audio narration. It's fun, it lets me put my acting chops to good use, and it's a great way to focus my mind when I'm having a bad time with my mental health. But I have a short attention span in all things, and this book took me more than two months to record. Plus, in the middle of recording, I got strep and I blame the gravelly voice I was trying to pull off for the husband character.

There's this trend in my life where things that feel easy end up being highly beneficial (financially and otherwise), but anything that's hard and/or takes a long time falls flat on its face. It happens every time.

That doesn't bode well for this audiobook.

It took a long time to create. I worked hard on it. It made me physically ill. You're taught that hard work pays off, but that's never been the case for me. Easy work pays off. Hard work ends up being a huge waste of time.

So why work hard?

Good question. I guess I must figure one of these days a project will come along that'll break all the rules. I'll work hard, put years of my life into some book, and lots of people will read it and enjoy it. 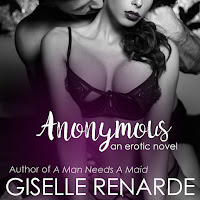 In the meantime, feel free to use your Audible credit to listen to the book that made me physically ill. You can also buy a copy... well, pretty much anywhere you can buy digital audiobooks. If you're a member of other audio subscription services, you can check and see if they've got Anonymous. My distributor's busy getting it out into the world, but sometimes it takes a little while.

I've also released my Eugene Onegin adaptation, TRAGIC COOLNESS, as an ebook and in print. I haven't even begun to promote it because I've been so busy with family and other stuff, but it took me two years to write, so it's bound to fail no matter what I do!

(I keep hearing authors say that they're cutting negative people out of their lives, and I'm kind of like... oh, so that's where everyone went... heh)
Posted by Giselle Renarde at 1:56 AM