In Pursuit of Mr. Sands: A Medusa Consortium Short Story 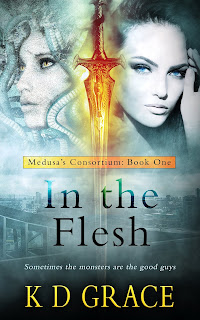 Today I’m pleased to share a complete erotic story involving Elise North, the heroine of my present WIP,  A Demon’s Tale, which will be book four of the Medusa Consortium series. Elise North is a PI who specializes in cases that are unusual.  When Magda Gardener AKA Medusa, hires her to tail the mysterious Mr. Sands, it didn’t take me long to realize she was at least as interesting as Mr. Sands, and I wanted to know her story. This little ditty first appeared in the online version of Cosmo magazine two years ago. Follow the above link for more about the Medusa Consortium novels.