In the opening story in my new collection, Spring Fever and Other Sapphic Encounters, two women who have been circling around each other in the same small community for 25 years finally have an over-the-top but still plausible (I hope) confrontation which leads to consensual sex.

When conflict is based on misunderstandings rooted in stereotypes (attractive blondes are always racist snobs, butch women are as bad as uncouth men), honest communication can dissolve the tension, or at least this is my hope. Or the tension of hostility can transmute into the tension of lust.

How often this works in real life is very debatable, as I think we all agree after almost a full month of discussion. However, in erotica, satisfying sex often looks like the answer to every problem.

In honour of LGBTQ+ Pride Month, here is the opening scene of “Tit for Tat:”

“Amanda, I was joking! You don’t want to do this.” Cee stared at the small gun which was pointed at her forehead. She wished she knew enough about weapons to assess its capacity for doing harm.

“Your joke wasn’t funny.” Amanda was the kind of woman who grew leaner, not fatter, with age, and her body now had a more sculptured quality than it had a quarter-century before, when she had looked as cuddly as a kitten.

Even then, Cee remembered, the cute blonde had a sarcastic edge and a chess-player's talent for strategy that surprised everyone who met her for the first time. Like a knife being sharpened on rough stone, Amanda had been rubbed into a clearer version of herself by the way she was treated by straight relatives and co-workers, as well as queer friends and “lovers.”

Cee, short for Cecile, had been attracted to Amanda when she first saw her in the Den, the local queer bar. As a baby dyke below the legal drinking age, Cee had gone to this den of perversion alone, armed with the driver’s license of her older cousin. It was common knowledge that white bar managers couldn’t tell brown people apart.

Amanda had been surrounded by a group of sporty-looking white dykes, so Cee had to wait until the cute blonde went to the washroom, where Cee told her a joke that she couldn’t remember afterward. Amanda’s laugh wasn’t exactly a sign of friendship, but it gave Cee an identity and a raison d’etre.

In the following years, Cee had survived the ageism and racism of the bar crowd, and the butch-phobia of the lesbian-feminist crowd, by being a clown, a trickster, the funniest person at every social event.

A funny woman isn’t threatening, even if she’s tall and muscular (or tall, middle-aged, and comfortably soft, like a cushion). No one, or hardly anyone, fights a dyke with some visible Plains Cree roots (straight black hair, slightly slanted eyes, olive skin) if she’s entertaining. And Cee was still around, with no visible scars.

She tried again. “Come on, Amanda. Kidnappers don’t have that much fun. They have to keep running from the cops. Just put the gun down, and we can talk.”

The cool, slim woman with short silver-blonde hair aimed her gun at the target on the far wall of the basement rec room. She pulled the trigger. The blast tore a hole in the wood, close to the central point. 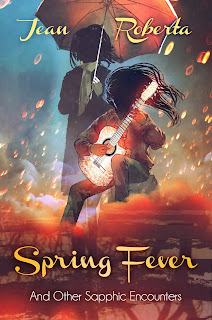