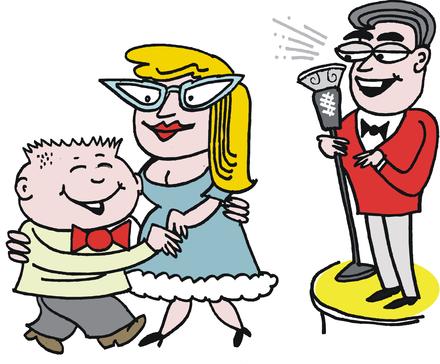 We’ve all heard the saying, dozens of times. But is it true?

In real life, I have my doubts. However, the trope has abiding popularity, especially in the romance genre. The impoverished but virtuous serving wench wins the heart of the wealthy, titled rake. The mousy office temp catches the eye of the billionaire CEO. The virgin librarian finds herself swept up in the hedonistic world of the rock idol. The sophisticated city gal moves out west, only to end up with the gruff, unpolished (but rugged and handsome) cowboy.

Hey, I plead guilty to using the device myself. In Challenge to Him, set in the first decade of the twenty century, my heroine Olivia is a liberated, intellectual labor activist. Somehow she finds love with a robber baron whose riches depend on the oppressed masses. Theo, in The Gazillionaire and the Virgin, is a surly, sexually-inexperienced recluse who grew up on the wrong side of the tracks. Yet he manages to snag the affection of extroverted, media-savvy Silicon Valley hotshot Rachel, who’s had dozens of lovers.

For the romantically-inclined, there’s another angle to consider. In the most satisfying romance, love conquers all. It bridges gaps, heals divisions, harmonizes even the most extreme differences. The greater the disparity between the protagonists, the more impressive and affecting we find love’s ultimate triumph.

Fiction is designed to entertain, to enlighten, to provide cathartic identification with the characters. It’s exciting, fascinating and novel to fantasize about loving (or fucking) the Other.

In the real world, though — well, at least in my personal experience — I’m not likely to be attracted to someone who is truly opposite to me. I’m never going to be drawn to a rap musician who sings about beating up his bitches. I can’t imagine connecting with a rabid sports fan, or someone who spends six hours a day in the gym, or, to be honest, with a millionaire. I just couldn’t communicate with people whose priorities were so different from mine — and great sex, even for one night, depends on communication as much as on chemistry.

All of my serious relationships and most of my casual encounters have involved people with whom I had quite a lot in common: educational level, intellect, values, and interests. Most of my lovers have cared more about books than money, more about world peace than basketball, more about new experiences than new things.

I do believe in biologically-based attraction. There have been a few times in my life when I’ve been inexplicably drawn to someone who seemed all wrong, a panoply of opposites. Usually it turned out that he or she was wrong for me, the chemistry spoiled by a persistent lack of comfort.

Hence, I tend to be skeptical when people claim that opposites attract. Except, of course, in books.