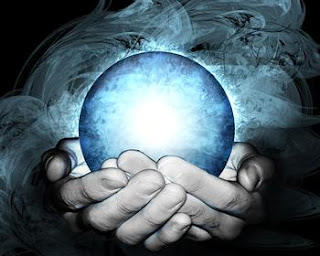 And if California slides into the ocean
Like the mystics and statistics say it will,
I predict this motel will be standing
Until I pay my bill.

~ Warren Zevon, Desperadoes Under the Eaves

A few days ago I finished reading I'll Sleep When I'm Dead: The Dirty Life and Times of Warren Zevon. The book, a biography/oral history written by the artist's ex-wife and long-time friend Crystal Zevon, impressed me on several levels.

Warren Zevon was the prototypical tortured genius. He had incredible talent as well as solid musical skills (he studied piano with Igor Stravinsky), and is responsible for some of the most brilliant songs I've ever heard. Yet he spent much of his life lonely, miserable, and haunted by personal demons. An alcoholic, obsessive-compulsive, insecure sex addict, he hurt and disappointed the people who loved him (of which there were many) over and over again. When I read his story, I wondered (as I often do) if only individuals ravaged by insanity or self-destructiveness, like Zevon, are capable of creating truly great art.

The other message I took away from Zevon's biography is a renewed appreciation for the unpredictability of life. In 2002, after decades of personal struggle, Zevon's life seemed to be looking up. He'd been clean and sober for more than a decade. His relationships, especially with his children, had improved. He was negotiating with a record company about a new album. He was strong and fit, spending hours in the gym, but a persistent shortness of breath led him to consult a doctor. After a battery of tests, the specialists informed him that he had a lethal, untreatable form of lung cancer and would be dead within three months.

Unpredictable indeed. You never know when that sort of news will slam into you like a speeding truck. And yet randomness still reigned in Zevon's life. After his diagnosis, he lived more than a year, long enough to finish a final album, see his daughter married and witness the birth of his twin grandsons.

Positive events are equally impossible to predict. Although I always dreamed about traveling, I never expected to be living overseas. A child of divorce who saw few successful marriages growing up, I would have pooh-poohed the notion that I'd end up wedded to the same person for nearly thirty years. And despite that fact that I've always written for self-expression and recreation, it never occurred to me that I'd become a professional author.

So I'll pass on the crystal ball. There's no way I can tell what the future holds – good or bad. Furthermore, even if I had that kind of foresight, I wouldn't want to exercise it. Honestly, I'd rather be surprised.

In any case, I really don't want to focus on what's coming down the road. One thing I've learned over the years is that true joy exists in the present moment. When you allow yourself to be distracted from the now, by nostalgia over the past or concern for the future, you lose the chance to appreciate the gifts of today.

I'll see what 2012 brings, day by day. I'm an optimist, so I generally expect positive outcomes, but I know we're all a short step away from death, too. I'm not going to let that spoil my celebration.

Happy New Year to all. May your 2012 be full of sweet surprises.
Posted by Lisabet Sarai at 12:53 AM