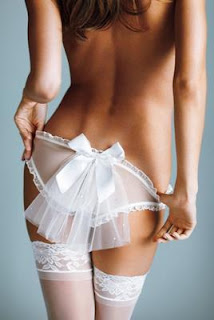 His name was Kevin - or maybe Keith - anyway, I'm moderately certain it began with a 'K', and I guarantee that I did know his name at the time. After all, this was nearly thirty five years ago. He was the bride's kid brother, a skinny but surprisingly self-confident nineteen year old with messy dark hair and glasses. As for me, I was twenty four, an experienced woman of the world, I suppose, from his perspective, though most of the time I felt confused and awkward.

His sister was marrying my ex-housemate, the smooth-talking, golden-haired business student who'd flirted with me until I couldn't bear the sexual tension any longer, until I climbed into his bed one night while my steady boyfriend (also a housemate) was away. (I wrote about this encounter for another Grip post, on the topic of bad decisions!). Of course, that boyfriend (or rather, ex-boyfriend) was also among the guests at the posh wedding, held in the manicured garden of his parent's home in an upmarket Connecticut coastal community. The rest of the former occupants of that crazy group house attended, too. The whole absurd scene would have been hilarious in a film, but this was my life.

The groom graced me with a smug smile when I arrived, then ignored me. My bitter ex-lover wouldn't even say hello. My other housemates offered embarrassed greetings then moved on, clearly uncomfortable at being caught in the middle of a romantic divide.

So there I was, more or less alone near the edge of the tent, drinking wine and trying to look like I belonged, a middle class Jewish girl in the midst of wealthy W.A.S.P. guests I didn't know. Then Kevin sauntered over.

He wasn't the sleek, muscled teenage boy of a romance reader's dreams. I would have labeled him a nerd, if that term had been been invented yet. Still, he had a certain charm. He leaned against the tent-pole, engaging me in clever banter with a powerful undercurrent of innuendo. In ten minutes, he had me laughing. In twenty minutes, he'd suggested we adjourn to the motel where he and his family were staying. And I'd agreed.

I can't help blushing in retrospect, but at the time, there was no way I was going to refuse. So what if he was five years younger than I was? Who cared that he was a member of the wedding party and likely to be missed? He wanted me, I wanted him, and nobody else there seemed to give a damn about me or what I did.

That afternoon burns in my memory as one of the most perfectly entertaining sexual encounters of my life. It was pure fun. I doubt he was a virgin, but he was certainly less experienced that I was, young enough to be impressed by my boldness and grateful for my attentions. I recall giving him a blow job, probably his first, and the gleeful pride that added an extra sheen to my arousal. I saw myself through his eyes, mature, sexy, a daring woman of the world. His horniness turned me on as much as his lively intelligence.

He was no slouch, though. He surprised me by asking if I'd pose for him to take photographs. With an exhibitionist streak a mile wide, I was only too happy to oblige. I would really love to see those shots now!

By the time we returned to the reception, many of the guests had left, among them my old lover. I'm sure I got some strange looks, but honestly, I didn't care. Kevin grinned like the cat who'd devoured the canary. Nevertheless, he was unfailingly polite and solicitous as he drove me to the station so I could catch a bus home.

Of course I never saw or heard from him again. That doesn't matter. In fact, I suspect that any further contact would only have diminished the pleasure we both derived from our impromptu encounter.

I've done quite a few wild things in my life. I've visited sex clubs and gone to swinger's parties. I've had sex on the floor of a church, in a Greyhound bus, in a parking lot. Still, I'm not sure any of those experiences can compare to my slipping away from a wedding to fuck the bride's teenage brother.