Writing Outside the Box 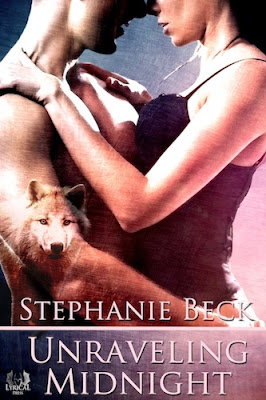 Wait, no I don’t. I’m a female romance writer who lives in the Midwest. When I’m not writing romance I’m chasing my kids, knitting, driving to and from school, running errands for my husband, and baking some wicked yummy cupcakes.

I admit to writing a few characters who do some of the above. They are some of my favorite characters because I feel like I really got to know them and if we met at a coffee shop we’d totally be best friends. However, if I wrote those kinds of characters all the time the fun wouldn’t last.

To be completely honest, I bore the pants off myself at times. I couldn’t subject my awesome readers to that sort of dish washing and dog walking torture.

Writing outside the box can be a daunting task. I’ve heard writers lament about not being able to get into the opposite sex’s head. Or maybe they’ve tackled a story with a heavy sexual kink and can’t quite get the motivations right. Then there is the sexual orientation question and how to write something sexy when the writer personally doesn’t find the situation sexy.

Every writer is different and each tackles this issue differently with varying levels of effectiveness. Two mistakes I’ve witnessed: Muscling and Stereotyping.

Examples of Muscling: when a woman wants to write a tough, standoffish man, she can’t have him thinking constantly about his feelings just because it’s easier. Just as women are not little men who misplaced their penises, men are not big women who lost their boobies. Men, for the most part, show more through action than talk. That’s not to say a man can’t have moments of deep thought, affection and emotion, but men and women approach problems and emotions differently. If a writer forgets that, they run the risk of putting their big strong alpha male in a preverbial tutu. The same can be said for male writers who write women. Women can be super badass and tough, absolutely, but there are still feminine aspects that need to come through if you want a feminine character.

To avoid the dreaded flatness that comes with honestly not knowing the ins and outs of a character, I’ve come up with a few tricks:

**Research: Ask questions and pay attention to people, mannerisms and habits. Sure, it sounds a little stalkerish, but how are you going to learn if you don’t ask? Finding people who are open and comfortable with questions is key. Asking the perfectly nice lesbian mom at story time about her sex life is rude (please don’t do that). Posing questions in a forum devoted to lesbian fiction and picking up lesbian fiction is the safer route. You wouldn’t try to write about a doctor without brushing up on medical terminology. Setting out to write a BDSM story without a basic knowledge of doms, subs and what drives a person to choose that sexual path will only lead to frustration later.

** Layering: If the character’s occupation is something I’m unfamiliar with, I give them a hobby I know well. If the character’s sexuality is one I can only appreciate in pictures that make me wiggly, I give them the kind of sheets and blankets I love. If their romantic relationship is intense and out of my realm of comfort, I add another relationship (friend, parent, sibling) that I understand really well. This works great no matter what sex or orientation a writer wants to try. Balance what you know with what you learn.

**Details: Just because the character is not one I identify with, doesn’t make them any less human (you know, unless they are a werewolf or cyborg—that presents another layer). They need to have the details a reader needs to get to know the character. How do they like their coffee? What kind of shoes do they wear? Do they like cats or dogs? The devil is in the details. It’s easy to fall into stereotypes with this…and some people are stereotypical, it’s just the way it is. However, to avoid making your character the token anything, give the character details, make the details match and support each other, but let them have surprises too. Example: Scott, from my story, Unraveling Midnight, is a badass werewolf. He’s the sole supporter of his three kids, works as a security guard/thug and has the shaved head, scarred face of an ass kicker. However, he willingly picks up a set of knitting needles for his daughter. He bakes oatmeal raison cookies. He drinks his beer in bottles. Rounding him out gives him features readers can identify with.

Writing in a completely different point of view can be daunting. I think with practice and attention to detail, most writers can push out of their comfort zone and write a really interesting, engaging character. Remembering that every character needs a purpose and drive and a reason to rock is the first step in writing outside the box.

~
Stephanie Beck
Even before she understood what all the thrusting meant, Stephanie Beck loved reading romance. When the stories didn’t end the way she wanted, writing her own was the perfect solution. From ridiculous humor to erotica, Stephanie loves being transported within a story. Her latest, Unraveling Midnight brings together a werewolf single father and a knitting extraordinaire—combining love in unexpected places. When she’s not elbow deep in words, her husband and three beautiful command her attention. After they are sleeping she knits or bakes cookies...or squeezes in more writing.

Visit Stephanie Beck at http://www.stephaniebeck.net
Posted by Kathleen Bradean at 5:10 AM