This week, an excerpt from my pretty much completely autobiographical book, Audrey and Lawrence: 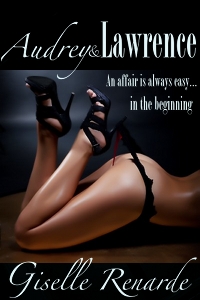