I’ve been doing a lot of reading in tandem recently, and I’m enjoying the interconnections and sense of variety it creates. My current routine is to read a short story first thing when I wake up, listen to an audio book while commuting, read an essay at lunch, and then read a chapter or two of a novel in the evening. It means it’s taking a long time to finish each book, but I’ve found I like that. I live with characters longer. I get more time to mull over an author’s ideas. I soak in the feeling at the end of a short story and get to roll it around in my mind all day.

In a productivity-oriented culture where I feel encouraged to count everything—words, books read, chores finished, money made—it is lovely to take a damn long time to read a book. I’m also convinced that some books are meant to be read this way, and that it is doing a disservice to oneself and the author to blow through them.

I’m going to talk about the four books I’m currently in the midst of, because they feel very vivid to me, and then finish with one I came to the end of recently and quite enjoyed. 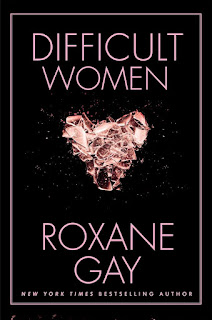 I want to say, if you read one book in your life it should be this one. I am living with these women in the early morning hours. I am feeling more than seems possible for them.

There is a story, “North Country,” that I was so sure would be about the rejection of love and instead became a story about the bravery and luck involved with accepting it, and I think I’m going to carry it in my heart for a long, long time. The gentle sense of hope it held, a feeling I could trust, is the sort of thing I need right now to get through a day.

There is another story, “Break All the Way Down,” that made me sob for an embarrassingly long time after I read it. It made me feel how painful love can be, even when it is good and true—maybe especially then.

The stories fit together so well that I wonder if Roxane Gay planned this book all along and wrote it in pieces instead of as a whole, spreading those pieces through all sorts of literary magazines as hints of what was to come. I remember some of the stories from years ago, when I used to read for a literary prize—the year I read, I remember noticing how many of her stories we preliminary readers nominated, and how good they all were.

This book will hurt if you read it, but it hurts in the way that’s true, and I always want that from my fiction.

Many of the stories in the book concern sex, and they cover it in the way I naively thought erotica would when I got into it—as a complicated human thing that works all sorts of ways and evokes all sorts of feelings, good and bad. There is no mandate here for sex positivity or arousal, but neither is there a rejection of those things, and the emotional honesty that results is particularly refreshing for this erotica writer.

Also, while writing this post, I saw this article about how Roxane Gay is a brave and amazing hero and has somehow earned even more respect than I already had for her. 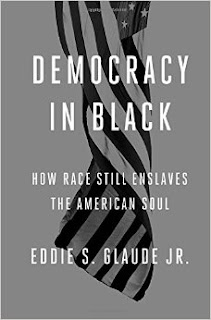 I’m listening to this book in audio right now, and my first comment is on the performance: the reader brings necessary passion to the subject matter. This book is full of power and anger, and I’m so glad its audio format was given a reader who knows how to convey that tone. I can’t imagine how it would sound delivered flatly.

Next, on the book itself. Why is every book I read about race shocking to me? I am from Hawaii, where ideas of America as perfect are necessarily strange because we grow up also with stories about our wrongly imprisoned queen, our stolen land, the white businessmen who felt entitled to destroy and claim the islands. I have been told to “go home” by people who assume I am a Chinese immigrant, and I want to laugh in their faces and tell them that if I’m not a “real” American, the US ought to give my fucking homeland back.

When I moved to the mainland, I was plunged into the midst of a different bewildering mess of race relations, which was quite clearly twisted. I will never forget my shock the first time I saw ads for Stone Mountain, Georgia. Look it up if you’ve never heard of it.

Still, white supremacist viewpoints are deeply entrenched in my head, and I marvel at how sinister it is that they’re lodged there. One example: it was only recently that I started to pay attention to what people mean when they say, about the United States, “we.” It was only recently that I realized “we” often makes no sense in context if you’re talking about we, all of us, and only works if you mean we, white people. If one makes an exercise of this alone, it is incredible what unfolds and gets overturned.

So, Glaude’s book shocks me and makes me angry by revealing things that have been right in front of my face all this time. Perhaps most striking so far is his account of what has been done to the legacy of Martin Luther King Jr. Glaude breaks my heart by describing in convincing detail how King’s rhetoric has been twisted and used to scold people working toward equality, used to shame black people for societal ills that result from conditions of systemic racism. He lays out how both Democrats and Republicans have done this. The picture he paints of King toward the end of his life hurts my heart—demonized from all sides, struggling to maintain faith in the power of nonviolence and love. I can see how this would happen, and I wonder why he never got presented to me that way in school.

Glaude’s larger point is that the ideals of democracy espoused in the US don’t match any reality that’s ever existed in this country. Not only that, the country was founded with a lot of inequality in place. There’s a narrative around that “we” have improved over the years, become more equal—but Glaude makes very sure that you notice who “we” are in this construction. He argues for being honest about all this, and works toward an idea of what it would look like for the US to pursue a truly democratic society.

As far as I can tell, this was written before the election of Donald Trump. It feels even more vital now.

The Sympathizer by Viet Thanh Nguyen 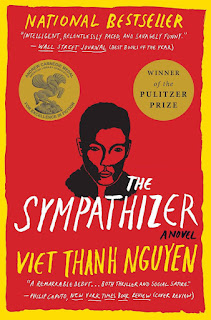 I’m not usually a reader of books that have won lots of awards. Honestly, I hesitated before buying this one because I was scared I would pick it up with good intentions and never make it through. The Vietnam War, though, casts a long shadow on my life, so I was interested—especially because this book was written by a man born in Vietnam, raised in the US, who therefore has a different perspective on this than other movies or books I’ve checked out.

I’m not too deep into it yet, but I’m not finding it a hard read at all. The description is sly, precise, and clever. I’m stunned by how well I can see everything described, and how poignant, painful moments are mingled with an odd sense of humor.

The back of the book compares it to, among other things, the work of Graham Greene, a writer I love. I see it. I can’t say much more yet, but this has really grabbed me so far.

A Woman Looking at Men Looking at Women: Essays on Art, Sex, and the Mind by Siri Hustvedt 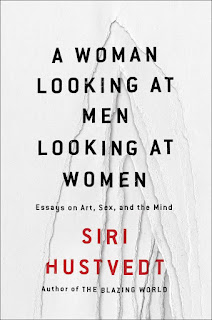 I saw mixed reviews of this book. Some seemed to think the writer pretentious, too clever for her own good. I think they read the book too fast. This book really benefits from a slow and careful approach. Hustvedt writes a lot about art, and as I read I look up the paintings she talks about and ponder them alongside her words.

I’ve been particularly fascinated by her essay “Sontag on Smut: Fifty Years Later,” in which she ponders shock, sexuality, feeling in art, gender, and more. I don’t entirely agree with her, but it’s really interesting to think why or why not, and I could write a lot about the issues she raises (and maybe will?).

There is something abrasive about Hustvedt’s writerly voice, but I find that same quality deeply compelling. She is a woman who does not apologize for sharp intelligence and strong opinions, and I don’t think it’s clear how rare that is until you see it. I’ve been entranced by Hustvedt’s work since reading The Blindfold in my early 20s, and ever since I always check her name when in a bookstore. I may like her essays even more than I like her novels. They feel extremely intimate but not vulnerable, like she’s talking from somewhere startlingly inside my head but never weakening herself through the exposure.

I think sometimes about how every writer’s voice is translated through my own reader’s voice, and I wonder if Hustvedt arouses a particularly strong, unapologetic part of me that I enjoy hearing from. It’s a thought she would appreciate—she’s adamant about the communicative nature of art, the fact that it is always a shared creation of producer and beholder.

I would call this book a hard, difficult read. Another that makes you work. So far I’ve been very glad to do the work, though.

The Second Mango by Shira Glassman 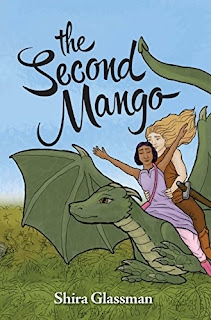 Now for something completely different. This book is light, sweet, easy, and yet subtly challenging and utterly revolutionary. It involves a princess, the captain of her guard, and a dragon, and from this standard fairy tale material, Glassman weaves a world that feels vivid and new. The princess wants a woman and makes a deal with the captain to go in search of one. The seemingly frivolous quest soon becomes a significant one.

The plot pulled me through and genuinely surprised me at times. It is rare that I don’t predict most of the details of an ending while reading, and a couple of things that happened here really caught me off guard. I also loved that, while there is magic and fighting, many problems are solved through compassion or clever thinking.

The source material is Jewish. The view of gender is refreshing. Glassman does an admirable job of showing a world in which there is prejudice against LGBT people without making the reader feel beaten down by it. The happy ending is thoroughly satisfying. I recommend it—and I’ve already ordered the sequel.