Milk and Honey and Born to Run 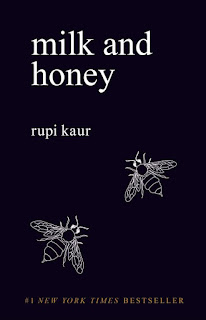 These days I’m more aware of what I haven’t been reading, in as much as I’ve been reading a lot of job related non-fiction and straying farther and farther from, the soul of me.  I don’t see this as being a healthy thing but as my certifications come up for renewal it can’t be helped.

Still I feel it when I don’t read enough.

My reading, though sporadic seems to fall into two areas, the words of modern mystics and poetry.  I’ve been reading a book I would recommend especially to erotica writers called “Milk and Honey” by Rupi Kaur.  This is a good book for men to read also, as it provides such a window into women’s emotions.  It’s a very sparse read, almost a collection of fingernail clippings more than poetry, but the sparse blasts of words can sometimes hit you hard.  It also reads a little like a novel in as much as there is a progress of story.  It begins with hurt and abuse, moves on to love found, love abandoned and the difficulties of healing,  There is a lot of inner dialogue and push back such as I would imagine a woman losing her love would feel.  Blaming the man, then blaming herself, then refusing to blame the man, longing for the man to come to her, adamantly refusing to allow him back.  It would be a real handful to know this woman in real life.

The good thing, the heartening thing about this book is that it is so remarkably popular.  Every few years or so critics declare poetry to be dead, no one buys it, no one reads it.  Then you find that the form has simply morphed.  Maybe no one reads Yeats anymore, but they read Rupi Kaur and she’s on the best seller list right up there with E L James.  And the street poetry of the rappers and hip hop artists endures and flourishes.  It makes me think how shattering it must have been for the literary types a hundred years or so ago when Walt Whitman’s “Leaves of Grass” was published and the invention of free verse burst on the scene.  Poets and critics felt the barbarians were not simply at the gates but had smashed them down and there were no gates of meter and rhyme anymore, only "a kind of excited prose” as one put it.

I wonder if this will happen to our native genre also.  It’s not that erotica is dead, far from it, it has morphed into legitimacy.  Cable shows like HBO’s “The Deuce” make one nostalgic for the old days when this stuff was poorly filmed and stupidly written, and sold in brown wrappers under the counter, but it had a kind of playful gravity that good old sin can bring to a thing.  A kind of harmless wickedness that seems to have vanished in today’s genuinely frightening cultural reckonings and revolutions that have made eroticism dangerous in a way that isn’t fun anymore.   Rock without the roll. 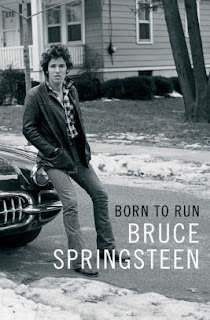 Which reminds me of the other book I’ve read, “Born to Run”, the autobiography of Bruce Springsteen.  Get the audio version if you can, read by the author.  How he can write!   How he can read!  He writes prose with the same tough talking Jersey warrior poet voice that he brings to his music.  The book is definitely a must read for any young man or woman who wants to make their own music and maybe put a band together.  Along with his own dramatic rags to riches story the book is full of father to son having a couple beers together advice about what rock and roll is all about, what makes it good and what makes a band good and what has to be done right if you want to get the magic working night after night. Mostly what he says, which applies to writing too, is you have to keep it real.  You have to own your voice.  When you make something, it doesn’t have to sound great, but it has to have soul.  That’s also why Rupi Kaur’s simple stuff works too.