My favourite author of all time is Dr. Seuss. Even now I'm an adult he still means the world to me because it was his work which truly turned me from "a kid who could read" into "a Reader™". There is a wonderful quote of his flying around out there:

"We are all a little weird and life's a little weird, and when we find someone whose weirdness is compatible with ours, we join up with them and fall in mutual weirdness and call it love".


For the most part, I refrain from introducing any of the more literal kinds of "madness" in my stories. When I write shifters, there's always the whole "beast taking over" going on, which you could easily view as being a form of temporary insanity. Hell, even the humans get that kind of feeling when they meet their fated mate. That's good fun, and very fitting for the genre. Similarly, even in non-paranormal, the idea of desire taking control of the intellect is rich picking for emotive writing. 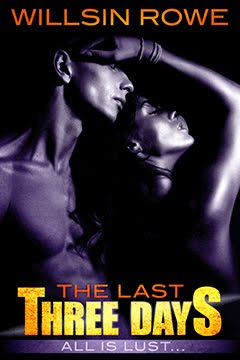 I have more than a passing exposure to out-of-the-ordinary mental faculties with my eldest son, who's intellectually impaired. It isn't madness, of course, but it's a non-standard state of mental awareness and ability. I have some story ideas brewing which incorporate those kinds of disabilities and their effects on families. But as they're only embryonic there's not a lot I can say about those at this point.

The one time I did touch on something approaching madness would be with my 2015 release, "The Last Three Days". I say approaching madness because in the end, madness is often a rather subjective term. Is obsession a form of madness? Is addiction? And if so, at what point do they make that particular leap?

In this case, I had the benefit of years of percolation. I originally wrote the story in 2008, and published it under a different title in 2009. I then withdrew it from publication in about 2012, from memory, only tackling it again in the year I published it.

Those extra 5-6 years from initial writing to re-writing allowed me to explore the nature of obsession and addiction, in part through reading but also through observation of people around me.

In this story, I have two people who are dissatisfied with the lives they've built for themselves. And, by taking their feet off their gas pedals, have allowed others to build around them.

What they find in each other couldn't be called love. It's sharp, and it's brutal, and it's completely unforgiving. Yet it's relentless. And while their relationship—if it can be called that—gives their bodies exactly the kind of catch-and-release sex they require, it's the effect on their minds which was more interesting to chronicle.

They both know what they're doing is wrong. They both, in fact, have as many negative reactions as positive to each other, and to the acts they perform together.

Yet they can't walk away. Like a smoker who wants to quit but can't find the ability. Alcoholics, addicts.

Which brings me back to the quote by Dr Seuss. In essence, these two find in each other a weirdness which locks in perfectly against their own. It's indefinable, yet immutable.

And still, they never actually call it love.
Posted by Willsin Rowe at 11:46 PM