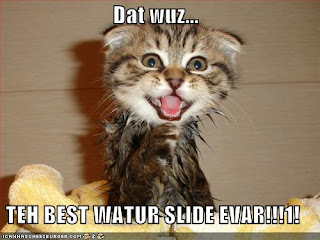 Hmmm. This week we're sharing our personal "what I want to do before I kick the bucket" lists. I've never had such a list so I had to think about it. It's funny how such a list will change with time. I suspect that the "reality" bug has bitten me. While I envy my fellow writer, Jenyfer, and her trek around the sights in Egypt, I know in my heart that I would find the walking far more than I could comfortably handle.

So I tried to compile a list of things that are possible as well as personally desirable. Saying that I would like to go to the moon if fine, but it's not likely. This is my list of possibilities.

1) I would like to see the Redwood Forest and the Sequoia Forest. All my life I've been drawn to the big trees. I would like to touch one. They're so big, it would almost be like touching heaven.

2) I want to travel to Alaska. Preferably in the spring or fall. I have no idea what I want to see there, but I want to go. I expect I could look it up on the Internet.

3) I want to travel to Australia and New Zealand. Again, I have no idea what I want to see there, but I suspect that there's plenty to see.

4) I want to try pottery, glass blowing, weaving, and spinning before I die. I don't expect to be expert at any of them, but I would like to try.

5) I want to meet Richard Dean Anderson...just to say "Thank you" for the hours and hours of enjoyment I received from watching McGyver.