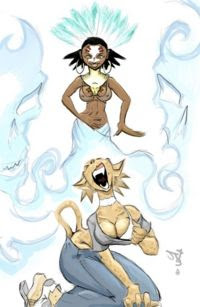 Okay, I saw a television show about people with Furry Fetishes. It was a crime show and I was instantly fascinated. I mean why would grown men and women dress as animals to get their groove on? They hold conventions etc. I don't think I've ever heard of a shoe fetish convention or panty fetish convention, have you?

As the above mentioned show progressed, there was some talk about Furries using their outfits to hug children. That it could be a way for a pedophile to get a welcome hug from a child. Think Mickey Mouse at Disney World, or a mascot at your favorite game. No one suspects they are out to get their rocks off. So I nabbed this topic with gusto thinking, "Surely the web has some info on this type of predatory crime." Sadly (in the case of my blog) there isn't one. Not a single solitary one.

Now I refuse to believe that any grouping of people, including religious nuts (waving hand high), won't have a least one deviant in there to mess things up. Maybe the Furry crime I'm looking for just hasn't been uncovered. So I am taking a spin on the predator blog. Hang on.

First off, what is a Furry? Wikipedia gave me this definition: a context of sexual fetishism in which a person becomes sexually aroused by descriptions or depictions of transformations, usually the transformations of people into other beings or objects. This definition is a bit off the beaten path but refers to those who enjoy a little anthropomorphistic sexual play. In particular Furries find that being an animal is cuddly, soothing, and sexual.

Of course I delved further. Apparently there have been a few articles on the subject. I found this one too, at The Register: Furry is a word which has probably been asked to do a little too much work. It has numerous meanings, and it's not particularly easy to find two people who agree on the precise definition for any of them. The original two definitions we supplied in the first version of the FAQ are: 1. an anthropomorphic animal character. i.e. an animal with human characteristics. 2. a human who relates strongly, in whatever way, to the idea of the characters outlined in the previous definition. This may involve anything from a person who simply enjoys viewing furry fanzines or films, to someone who actually desires to be a 'real' furry, or believe that they are literally a non-human trapped within a human form. But not all ALF regulars are interested in anthropomorphics. Some are largely unaware of the 'furry fandom,' or are simply uninterested in it for a variety of reasons. Most of us who created ALF were 'fans' of one kind or another, and this coloured our view- point perhaps more than we realised. So, after much discussion, we'd like to add a third definition, one that tries to include everyone who has made ALF a home. 3. a person with an important emotional/spiritual connection with an animal or animals, real, fictional or symbolic.

Note that the latter definition does not center on sex. This was a problem for the purposes of my blog. How dare they (please note the sarcasm)! My spin is this, animal predators. TADAAAA!

We see them everywhere right now. There are people like those mentioned above you really enjoy dressing or fantasizing about furry creatures. They practice life this way, the associate with the animals, they spiritually connect. And guess what? Many of our readers do too. I don't mean that they dress up. I mean that they crave the primitive link with something mystical that is a-human to their experience.

Exhibit A: The Vampire. This is anthropomorphic. There is shifting involved between the human and the "other" paranormal embodiment of something basic and primitive to our fears. And the Vampire book is everywhere.

Exhibit B: The Werewolf. Even more obvious than above because we are actually talking about a shift between human form and full-on animal form, right? RIGHT. There are other types too involving the panther craze, the hawk, the bear.

And what do these things have in common but the predator. We humans are fascinated by the predator. It speaks to the core urge of self-preservation. It takes us back to early humans grunting to create fire and save ourselves in a night where predators lurk. It produces adrenaline and in a romance can hint at desires too instinctual to put a name to. It offers an excuse for accepting those urges because we claim them to be a part of the "animal" within.

Where am I going with this, you might ask? Well, humans are drawn to th 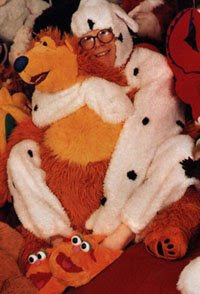 e things which logically defy us. We, or at least I, don't understand the desire to dress like an overgrown stuffed animal (by the way, Furry Community, that doesn't mean I don't want to understand. In fact, contact me if you are one, I'd love to interview you on my own blog.). And I'm not claiming that doing so is the overriding instinct of humans as a whole.

However, think of the predator. The predator is what we have feared from the beginning of time. Some Furries act this out... being taken by a predator... because it is stimulating to them whether spiritually or sexually. But in our common experience you are more apt to find society fearful of the predator. And yet, we gawk, we explore their psyche through books or prison interviews. We want to know why, don't we? We want to understand how someone becomes a predator when humans are supposed to have evolved above that primitive, instinctual crime into a cohesive, communicative environment.

Perhaps it's why this blog topic appealed to the six of us. We want to understand. Our morbid curiosity demands it.

I don't know. Maybe the Furries have it right. Maybe if we allow people to safely act out their aggression, we will find fewer deviants in normal social intercourse. If it means one less child is harmed, I say dress up the Mansons and Dahmers of the world. Go Furry.