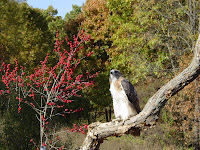 I’ll admit that as a zoologist, and as a reader, I have a soft spot for the predators in the animal kingdom. I’ve been enthralled by bears since I was old enough to talk, I’ve done research projects on wolves, African hunting dogs, and hyenas. I talk to the coyotes at the nature center where I used to work and still volunteer. My primary task there? Live bird of-prey-shows. (Yes that’s me holding the owl in one of the pics below. He’s a nasty little bugger who would love to take a finger off if I ever gave him the chance.) I adore hawks (the one in the pic is an old friend who is gone now) and can watch seals and dolphins for hours, not to mention the big cats. I have a really freaky fascination/phobia when it comes to snakes. And yes, I love predatory shifter stories. Give me werewolves or werelions or werebears and I'm happy. And then there are dragons. One word. Yum. 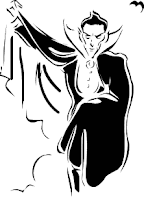 But vampires I have no use for. Not the fictional ones with fangs and a taste for blood, or the kind whose DNA is fully human. The ones Rita mentioned come to mind. Those men who used religion to subjugate others in every way including sexually are powerful and frightening predators. Many politicians (in ANY party—I’m an equal-opportunity cynic when it comes to politics) fall into this realm as well. They tap into the hopes and dreams of the voters for personal gain. And of course there are the outright sociopaths—the thieves, murderers, and rapists. All hunters in search of human prey. But in my opinion the most deadly predators are the ones who do everything perfectly legally.

I don’t like the corporatocracy that has evolved to a point where it sucks the life force and the humanity out of our society, and I really don’t like the people at the top (shareholders? directors?) who not only allow it to happen, but deliberately scheme to make it so. I find people who prey on other people even more offensive than the pale-skinned neckbiters of Dracula and Nosferatu fame. Drug companies create medicines that can cure the sick, and then charge hundreds or even thousands of dollars for a month’s supply. Yes, they have enormous research costs, but if you look at their profit statements, you’ll see that the corporate officials and big shareholders are getting bigger and bigger dividend checks every year. In my state they’ve even lobbied for a law to make them immune from wrongful death lawsuits. And they won. You cannot sue a drug 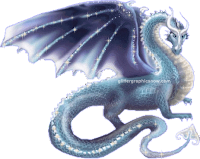 company if their product causes the death of a loved one. And the oil companies? Even while gas prices soar, their profits are going up at an even higher rate. Not net income. Profits. Look it up if you don’t believe me. The list could go on for hours. And the really cool thing about this kind of predator? As I said before, their actions are all perfectly legal. Give me a nice rational winged or four-legged predator over these any day. At least with them, you know you're liable to be bitten!
Posted by Cindy Spencer Pape at 2:19 AM