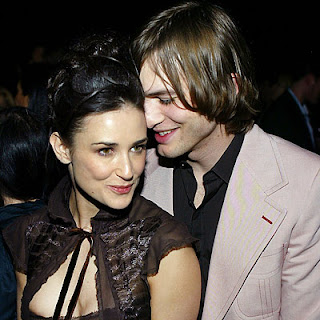 Cougar you say? Alright, I've been called worse things. Yes, I too have myself a younger man. Granted, there is not a HUGE age difference, but as we met at a critical time in his life, it is enough to make an impression on our relationship. He was only nineteen and I was twenty-one. I could go to bars in the US, but he would force me to go to Canada every weekend with his underage friends so that they could get drunk and stupid. I had a toddler at home, and he was fresh out of high school. Those two years do not matter anymore, but at the time we met it could be awkward.

As Anny said on Monday, the older woman/younger man scenario just makes more sense. Men are cocky and confident when they are young, but women grow into our confidence. We need time to 'marinate' I suppose. Those of us who are not in Hollywood wear our wrinkles and laugh lines like a badge of honor. We are stronger for them, we have been through enough to know we are going to survive anything. Whereas men tend to think they can handle it all before they've had to handle anything at all. 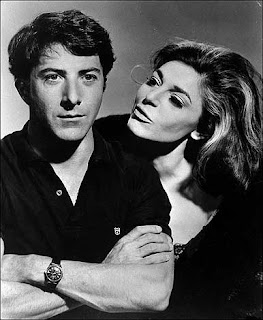 I think it also helps that women are just more patient. We can tolerate the frustrations from younger men much better than an older man can tolerate it from a younger woman. If our boys want to go out and get drunk with their friends until all hours of the night we can roll our eyes and be over it. But older men are going to have a harder time trusting their young chippy to behave themselves when out alone. I don't know how fair this statement is, but as life isn't fair I'm not too worried about it.

When I wrote "Hello" it hadn't been my intention for it to be a cougar story. I honestly didn't even think about it at all until I got a review that referred to it as such. Yes, Diane was older than the man in the story, but I didn't do this on purpose. It just fit the situation.

Like wise, when I met the Mr, it wasn't my intention to date someone younger. In fact, I had ALWAYS dated older men, (sometimes much older). But this is the only relationship I've ever had that has lasted more than two years. So something must be working about it.

XoXoXo
Dakota Rebel
Posted by Unknown at 5:38 AM