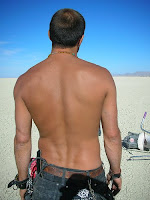 What I’m about to say isn’t going to make me very popular, especially with women’s libbers. I love men. I love being with them. I love talking about them. I love writing them. And I want a man to be a man.

When I think alpha, I don’t think of the heroes in novels from the seventies and eighties. So many of them, while alpha, were also great big jerks. No, what I think of is a man who is in control and who will guide the situation to his will for the good of everyone, not just for a petty whim. The alpha male is in charge and can make a decision. He doesn’t need a committee to get things done. He doesn’t need to ask five people what they think… He gets it done.

My book On Your Knees had this dedication: To all the women who have to be in control but don’t want to be.

That’s the thing. More and more today, many women are being forced into roles they neither want nor enjoy. It’s not how we’re constructed, yet in order for the world to go ‘round, woman have become the decision makers in their homes, in the workplace, in the bedroom.

I contend that quite a few women don’t want all the power that’s been thrust upon them. And that men are being stymied by the shift of dynamics. Yes I believe in equal pay for equal work. I’m thankful for the right to vote. I’m glad my day consists of more than cleaning and cooking and child-rearing. But for God's sake, there’s nothing wrong with a man opening a door for you, having an opinion or being the consummate leader of his pack, so to speak.

As a woman, I like feeling watched over. I like feeling like a world of responsibility doesn’t rest on my shoulders. I think many woman are exactly in that position—everything falls to them. They long for a man who will give them relief from that. There’s no mistaking the popularity of Male Dominant/female submissive BDSM books nor the way ménage books with two men and a woman fly off the shelves. These are books comprised of strong heroines and strong men. Alpha men. It’s the fantasy we seek, because let’s face it—finding a man like the ones in books is near to impossible. But isn’t that what reading fiction, especially romance, is about? Fantasy? Escape? The encounter with the love or the people who take our breath away and, hopefully, remind us of the blush of our new love…way back when? Or model what we once sought or dreamed (or still dream) about in a lover? An alpha: The man who’s comfortable in his position, who knows what he wants—what you want too—and isn’t afraid to do what needs to be done to obtain it. A man others look up to. A man who stands a head and shoulders above…

A man who’s fiercely possessive and who loves his mate with undying passion.
So yes, I feel the men in the books I write—and the books I read—must be alpha.
Posted by Brynn Paulin at 1:00 AM

Email ThisBlogThis!Share to TwitterShare to FacebookShare to Pinterest
Labels: alpha male, brynn paulin, on your knees