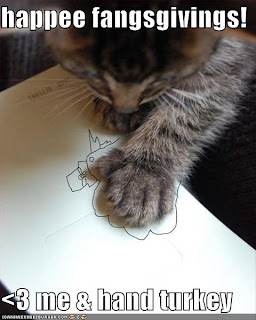 In the US we have a special day set aside so that we can celebrate Thanksgiving. Some people think it's a celebration and remembrance of the Pilgrim's first feast. If so, we've wandered considerably off the path. The Pilgrim's would find our feasts very poor.

Who were the Pilgrims? Were they really those black clad, long-faced Puritans? Actually, the Pilgrims were a mixed group of men and women who were seeking religious freedom, a brave new chance for a life, and some who were hoping to make a buck. All of them united against the common enemies of hunger, fear, and the strange new land.

Perhaps we could take a lesson from them. United fronts have a better chance of success than the house divided. In this Thanksgiving season let us take time to give thanks for all those who were brave enough to explore a new land.