Oh, the trials and tribulations 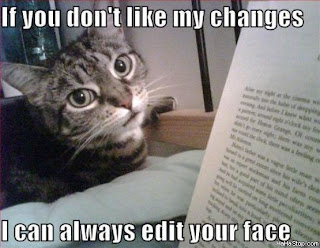 Picture a gray-haired woman, exhausted, head thrown back and the back of her hand at her brow. Sighing. Gasping even!

Okay, got that picture firmly entrenched. Read on.

Now, here’s an example of an IM shared between co-authors:

J1: <--Jenna!
But I don’t know anything about pony boys

J2: <--Jude!
What’s to know, guys with horse attire being trained like horses. Oh and don’t forget the sex.

J2: What ewww, it’s great gay sex with one fellow whinnying instead of groaning.

J1: Yeah, I guess you’re right. What about cops. We could do cops and have one of them being kidnapped and the other one has to do some kinky something to rescue the guy. They’re lovers you see.

J2: Oh, that sounds cool. Kinky, you got something in mind?

J1: Uh, well no, but I’m sure we can come up with something…lol

J2: I’m sure we can. *G* A little exhibitionism maybe, how about the free guy has to show off or the guy who was captured gets strung up outside city hall on Monday morning.. naked and in some kind of bondage gear.

J2: You got a city in mind or do we want to create one of our own? This is a shorter one, might be an idea to not even mention a name unless we need to

The conversation goes on, suggesting, rejecting, revamping ideas until the rough plot is sorted out and then I get the inevitable:

J1: Okay, do you want to start this thing?

With little more than a rough idea of where we’re going with this, but one hell of a bunch of ideas floating around in both Jenna’s and my minds, the story begins. I’ll write, usually around 2500 words, but sometimes it’s 4000 or more. It all depends on how the story flows for me. When I’m feeling like it’s a push, I’ll send it to Jenna, with ideas on where to go from where I left off, or just a simple… ‘Your baby now, have fun’

This isn’t the first time I’ve written with someone else, but it is the first time I’ve felt so comfortable doing it. It’s taken time, but it’s definitely been worth. The first book Jenna and I tackled together, and I’m sure she’ll correct me if I’m wrong, was Feral Heat, the first of our Untamed Hearts Series. From the information I still have stored on my computer, we began working on this one in March of 08. The series, which we thought was done at three books, is apparently well liked enough that our publisher asked us to do one more so the books could all be put into print. We’ve sent off the fourth book and I do hope you like horses.

To me, that’s a huge accomplishment. The first two e-books, Feral Heat and Bear Combustion have been combined into, Untamed Hearts Vol 1, and is available now at Total E-Bound. I am totally jazzed about it.

It’s taken time, and it hasn’t always been simple dream up an idea and bingo off we go. If it was, everyone would do this. Jenna and I were good friends before we even thought of writing together. She’d edited quite a bit of my work and I’d done the same for her. We knew the strength and weaknesses. We knew the professionalism and dedication to improving the skills each of us has. We also know that we have lives outside of writing and make great efforts to make sure we don’t pressure each other more than necessary. I’ve had eye surgeries and Jenna has had a very ill husband who needed a great deal of care. We worked when we could, we let up when it was important to do so. Our friendship came first.

1. Someone to bounce ideas off

2. Built in editor. She writes some, I edit hers, then add my bit. She does the fixes I’ve suggested, then edits mine and adds her bit. Finally, we both do an edit, then we send the MS to our editors

4.Honest feedback. When you’re working alone, you can ask for comments from friends, and you’ll most likely get some nice remarks. But, if the writer has a vested interest, royalties, he or she is going to be much harder on the MS. They want their work to be as perfect as you want yours to be.

5. We all have our strong points when it comes to writing. If you chose wisely, your co-author’s talents will compliment yours. I write hot sex. Jenna has this awesome ability to create a twist at the end of a story that is simply astounding.

1. Royalties, and this might very well not be a disadvantage. You cut any royalties in half. But, you also may very well garner a following which drives the numbers up, so it could very well be one heck of a perk.

2. Schedules. There are times when one of you may not be available for a project. Family always comes first, so when you see this really cool call for submissions, but one of you has a wedding in Zimbabwe to attend, it’s not going to happen unless you want to tackle it solo, and that’s always an option. 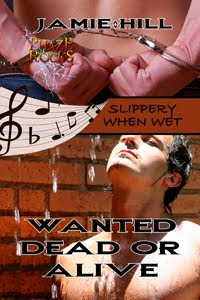 Dan Radisson has been released from Corcoran State Prison and never intends to go back. He's working his twelve steps, minding his own business, and trying to resume some degree of normality living in the home of his sister and her family.

Trey Wallace knows what he likes and isn't afraid to go after it. When he meets Dan at an AA meeting he sees exactly what he wants, but questions whether the newly freed man is ready to dive into the type of sexual relationship Trey has in mind.

Dan's ready for the sex, but not so sure about life on the outside. When he stumbles upon a homicide and runs from the scene in the same way he did in the past, suddenly he's a wanted man. Dan must either solve the crime or risk returning to the place he dreads the most--the prison that changed his life.

"This is an excellent mystery with suspense and eroticism that keeps it fast moving." ~ Dee, The Romance Studio 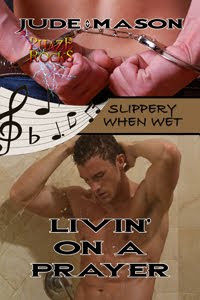 Book #2, Living on a Prayer

Logan White is released from prison after serving eight years on Corcoran prison for his part in a B &E where a man was killed. Enter Reverend Shane Grayson, a gay man of the cloth who helps find Logan a job, but that turns into a horror story. Can the two lovers find a way to be together or will the underbelly of society win this battle?

Fallen Angel Reviews - Livin' on a Prayer makes you truly walk in someone else's shoes, giving a little taste of what it must be like. 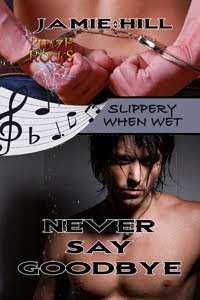 Damien Hall has never done an honest day's work in his life. On his own from a young age, his street wiles got him by until he ended up in Corcoran State Prison, found guilty of theft. Five years later, he's moved in with a man who only wants him for one thing, nightly hot sex. But he's off the streets, and Damien thinks the trade-off is worth it.

Travis Slater wrangles horses for a living, and wants to wrangle Damien in his off hours. He sees potential in the man who suffers from extremely low self esteem, and quickly falls in love with him. He hopes to take Damien and leave, knowing they can make their own way in the world.

Damien isn't so sure, and is terrified at the thought of being homeless again. When his employer admits the real reason Damien was hired, it's decision time. Do what's easy or do what's right? Only Damien can decide.

Number One on the Top Twenty Bestseller List for Phaze in June, 2009.

"This book gets a 4 (recommended to buy) for being such a good story in such a short package. Don’t let this one pass you by!" ~ Acquanetta Ferguson, the San Diego Examiner 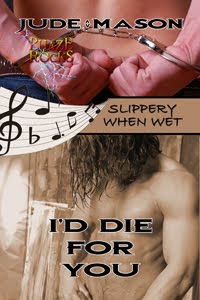 Snake Thompson is out of Corcoran and looking for revenge. He meets and falls for Abel, a lusty blond guy who winds up quitting his job and tagging along. Can the two of them find the truth and clear Snake's name, or will drugs and money send them both to the grave?

That's my bit on co-authoring. I think if you chose who you want to write with, the experience can be nothing less than amazing for anyone who is serious about it. Pick the wrong person and it can be exactly the opposite. Go into it with your eyes open. Possibly try a shorter piece first and get out if the feeling isn't what you want. Always, be honest.

I'd really love to hear from others who have tried this.
Posted by Jude Mason at 3:55 AM