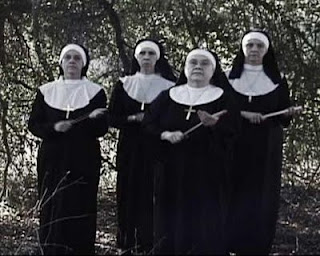 After my rather fanciful post last week, I decided to play this one straight (though I couldn't resist the visual pun). Every writer does things a bit differently. I'm always fascinated to hear how my colleagues make the leap from that niggling idea to a finished story or novel. Let me share my approach.

Unlike some authors, I can't write every day. My normal schedule and my energy level don't allow that. Furthermore, I find that I'm most productive when I can devote a significant block of time, a minimum of three hours, to the writing process. So I try to set aside at least one day a week (usually Sunday) for dedicated writing. If possible, I arrange not to have commitments on that evening, either. That way, I don't have to break away when I am in the middle of torrid scene and the creative (and other) juices are flowing.

I'm extremely linear in my writing. I'm always amazed when I hear that other writers craft disconnected scenes and then later arrange them into a story. I almost always write from beginning to end. Furthermore, when I'm working on anything longer than 4 or 5K words, I usually organize my composition around the chapter structure of the book. (A lot of my submissions these days are to e-publishers, who solicit so-called "short stories" in the range of 10-20K, and want them with chapter breaks.) If I finish a chapter and it's getting near the end of the day, I often won't start the next chapter because I don't want to have to abandon it in the middle. I like my writing in nice, manageable chunks.

One question that always surfaces when authors discuss their methods is what kind of external aids they use for organizing and keeping track of their work in progress. I'm normally a fairly organized person, but I don't use notes or outlines when I write. For a short story, I'll begin with the premise and the characters plus some notion of the plot arc, but nothing else. It's fairly common for the story to twist away from my initial notions as I write and the characters reveal themselves. I've learned not to fight this, understanding that my intuitions while writing are more reliable than my thoughts when I'm not facing the screen.

When I'm working on a novel, I keep a (computer) file of notes, including a scene sequence, details about characters' appearance or history, and so on. Compared to what many other authors do, though, it's pretty sketchy. (On the other hand, my novels tend to be relatively simple compared to some of my colleagues who create entire worlds with the mythology to support them!) I may also have a paper file with background information about setting, time period, or topic. When I was writing Serpent's Kiss, which involves Mayan mythology and takes place in Guatemala, that file became quite thick. Even so, I mostly rely on my memory for detail when I'm actually writing. The notes file helps me generate and organize my ideas before I start writing, and to record decisions about plot and character--which I may or may not follow.

Because my writing time is so limited, I usually work on only one project at a time, in terms of actual composition. I may be planning or researching my next project, but I tend to focus on my current story, writing systematically until I get it completed. Of course, this habit makes it easier for me to rely on memory rather than external aids. I imagine that if I were like some of you, with three or four projects going on simultaneously, I couldn't survive without extensive outlines, notes and so on.

When I actually sit down for a writing session, I reread at least the last chapter, to remind myself of what is going on and to get myself back into the characters' world. This preparation also gives me the opportunity to do some editing. After being away from my work for a few days, I'm far more likely to see the awkward structures, the repeated words and the problem pronouns (a serious issue when writing third-person M/M stories, as I've been doing lately!) By the time I reach the point where I left off last time, I hopefully remember what I expected to happen next or at least have a sense of how the characters are thinking and feeling. It's not uncommon for me to ask the characters: okay, now what? Usually they can be relied upon to get things moving.

In the middle of a writing session, I try very hard to avoid interruptions and resist the temptation to do something else. I'll check my email no more than once in the morning and once in the afternoon. I'll get up and make lunch, get something to drink, or go to the bathroom., but that's all. My writing time is precious and I don't want to squander it on other activities. Even when the words aren't flowing very well, I force myself to continue.

I share an office space with my husband, who is usually working on some software project while I am writing. He understands that he should interrupt me no more than necessary. The cats also hang out on my desk, but most of the time they are not too demanding. Occasionally Mr. Toes insists on walking across my keyboard or standing in front of the screen (despite the fact that I've told him he's not transparent), but a few minutes of dedicating petting is normally enough to get him to settle down. 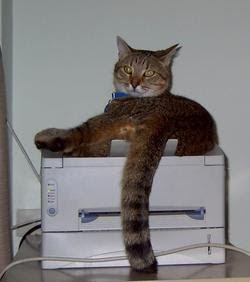 Blackness likes to knock my pens on to the floor (her precision "whop" is something to see), but she gets bored with this game fairly quickly. 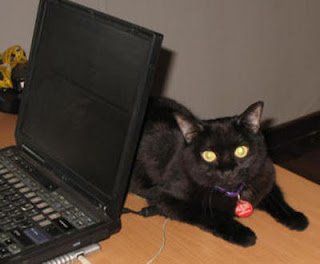 When I've finished my first draft, I do at least one pass of self-editing, once again from beginning to end. This may sound pretty minimal but it's often sufficient, partly because I edit as I write and partly because my spelling and grammar are above average. (I only wish my creativity were at the same level as my grasp of the nuts and bolts!) Sometimes I'll ask a colleague to read and crit the work. Occasionally I'll be in the middle of something else and I'll be hit with the recognition of some major inconsistency that needs to be fixed. I'll write the point down, saving it for my writing day. On the days when I'm not writing, my focus has to be elsewhere.

Reading this post over, I realize that I sound pretty boring. Dedicated time for writing. Composing from the beginning to the end, chapter by chapter. Editing from the beginning to the end. No fevered, drunken all-nighters, pounding the keyboard until dawn, inflamed by the passion of my story. No long afternoons loitering in a café with my espresso or my absinthe, contemplating my fellow man and scribbling in my notebook. No fits of pique or anguish, crumpling my latest creation and tossing it into the trash (or dragging it to the Trashcan). No severing of body parts. Sometimes I wonder whether I'm really qualified to call myself an artist.

The truth is, though, that all these dark, glamorous myths about authors are mostly just that: myths. Yes, you need a modicum of passion in order to write, but that doesn't necessarily express itself in flamboyant behavior, dramatic gestures, or desperate excess. Books get written one sentence, one paragraph, one chapter at a time. To produce those sentences, paragraphs and chapters, you have to adopt whatever habits are personally effective--comparisons be damned.


By the way: today I'm leaving for a two week overseas trip. I'm not sure how often I'll be able to get on-line. Certainly I won't be commenting as often as usual. But I will be at the Grip in spirit!
Posted by Lisabet Sarai at 3:02 AM