More Into This Than I Thought

Then I think about my favorite things, and the historical pieces start stacking up.

I'm not sure if Jean Roberta will be too modest to talk about her own work, but I love The Flight of the Black Swan madly. Not only is it hot and wonderfully shameless, it has one of my very favorite historical elements: boats. Women running off on boats has always been an instant sell to me, since way, way back, when I first read Avi's The True Confessions of Charlotte Doyle. If Amazon ever makes a bestseller list highlighting those titles, I will go bankrupt.

When I consider more deeply, I think part of it is that I'm not endlessly interested in every little detail. The clothes alone don't get me, nor do the events or the particular places. There are, however, things I really like. I'm interested in manners and protocols and the conflicts they create. Because of that, I've gradually had to admit a great weakness for regencies or anything Jane Austen-y. 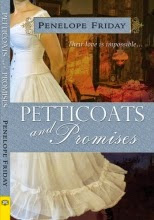 Anyway, as I was reading I kept thinking I would read the hell out of this genre if it was more of a genre. I even spent a couple days googling "lesbian regency romance" and various combinations thereof to see if I could find a list (and I'll gladly take recommendations in the comments!).

I think a lot of what I'm interested in is rebellion, no matter when or where it happens. It's particularly fascinating in a restrictive historical context. As people have pointed out, there are pitfalls to this. It's easy to understate the challenges characters are facing, or to overlook the way a character would likely think as a product of his or her time. When it's done right, it can make me ache and thrill.

My own historical writing is usually on that theme. I'm thinking about stories like The Miracles of Dorothea of Andrine, which I researched for extensively. It's deep in church politics, about a bishop investigating a woman who's been put forward as a candidate for beatification. What he finds, however, is that the woman in question has been heading a matriarchal Virgin Mary-worshipping sex cult. 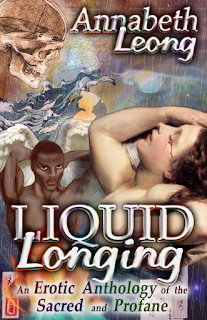 Posted by Annabeth Leong at 4:02 PM