The Joy of Historical Erotica by Suz deMello

I love to write historical erotica and romance mostly because of the research. I love history, especially the way people used to live. Don’t get me wrong—I’ve not one of those starry-eyed nostalgia freaks who longs for the “good old days.” I know well that the old days were not good. We live in a wonderful period in history and in a great society, (to rip off LBJ). We have antibiotics, clean air, healthful food and drinkable water. I’m especially grateful because I lived in China, a developing country, for the better part of a year. China’s air pollution is famous but few Americans seem to be aware that the water isn’t drinkable without boiling it.

I wrote the first draft of a Regency, Lord Devere’s Ward, by drawing upon my experiences traveling in England, reading other Regency romances, most notably Georgette Heyer, and studying the manners, mores and art of the time. 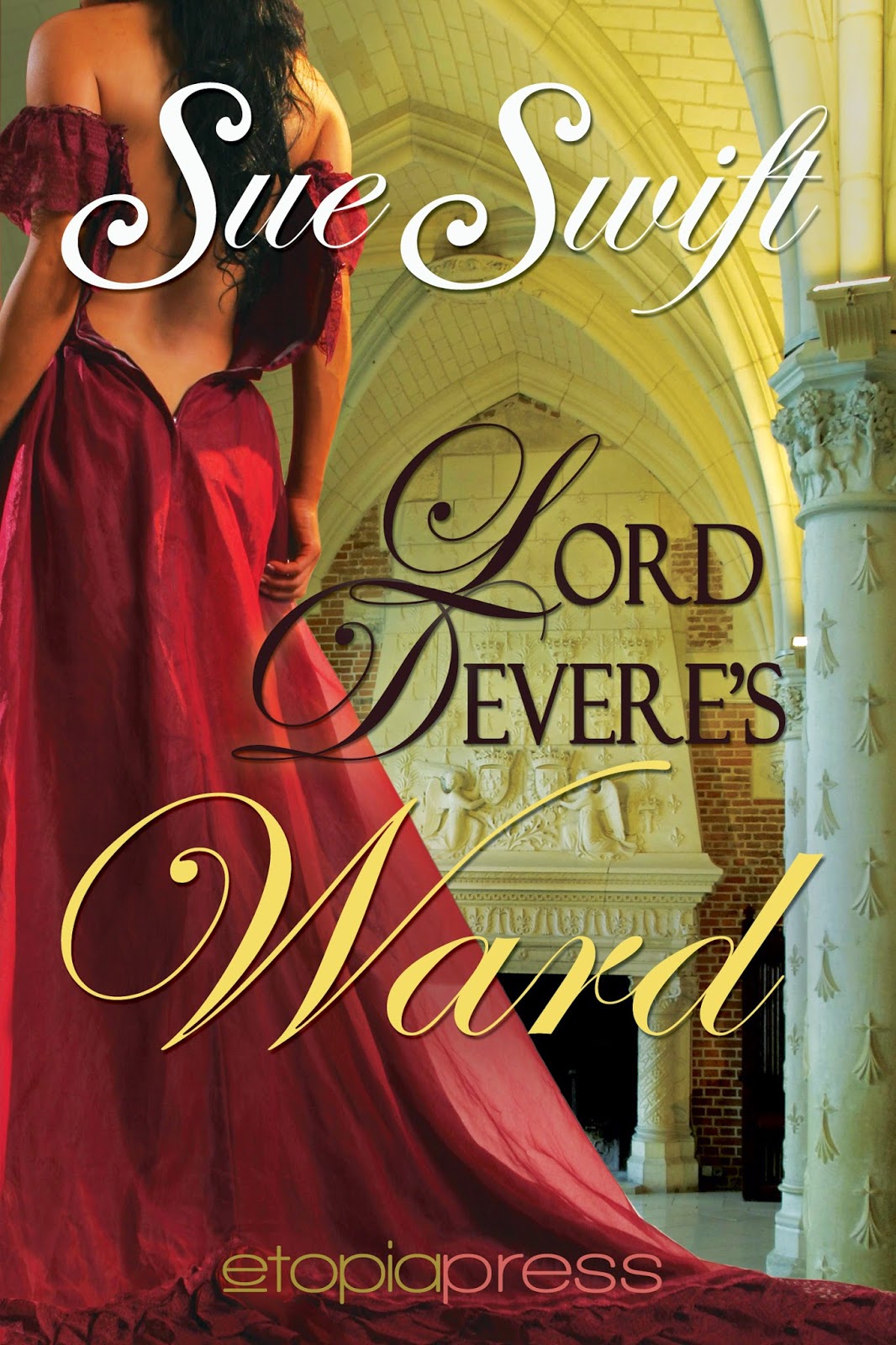 Bad water was also the norm in Regency England, but people weren’t aware of bacteria—the germ theory of disease wasn’t completely formulated until later in the century. But they knew that foul water was bad, which accounted for the popularity of tea as well as gin and ale.

I placed the book in 1820, toward the end of the Regency period, and on the cusp of the Industrial Revolution, so I had a lot of fun researching the clothes and food of the time.

When researching and writing a novel, I like to base plot points on some unique aspect of the era. In Devere’s Ward, the art of the time precipitates a plot twist late in the story. I don’t want to reveal it, because it’s pretty important, but I will say that because few people were literate, the news and events of the day were often communicated via cartoons and broadsides that were pasted to shop windows, walls and pillars.

I invite you to delve more deeply into this fascinating time and place by looking at some of the resources available online. I particularly like Candice Hern’s website, http://candicehern.com/regency.htm, and the Jane Austen’s World blog (http://janeaustensworld.wordpress.com/).

Here's where you can find Devere's Ward--it's available in both print and ebook:
http://bit.ly/DeveresWard

When I wrote Sherlock's Scandal, I had Sherlock and Irene dine before they got into the sexy stuff, so I had the opportunity to research the food of the time.  I fed them roulades of salmon on braised greens followed by a syllabub, and they drank Champagne. Did I imagine a realistic meal?

The Champagne, certainly. Wine has been made in the Champagne region of France ever since the country was known as Gaul—i.e., since the Roman era. However, the development of the bubbly drink we now prize came rather later. The monk Dom Perignon, whose name still adorns bottles of the finest Champagne, lived from 1638-1715. But according to Wikipedia, his main focus was ridding the wine of the bubbles, which are the natural result of the fermentation process. The drink we know today was developed in the nineteenth century by the house of Veuve Cliquot, which was joined by  Krug (1843),Pommery (1858) and Bollinger (1829).

The fish, also. The Billingsgate market alone sold 136,000 tons of fish annually (http://www.victorianlondon.org/food/feeding.htm) including salmon. The salmon would likely have come from “the firths and bays of Scotland,” that country having been long famed for its fine salmon. The greens upon which the roulades were served may have come from Covent Garden, “the great vegetable market of the metropolis.”

The dessert, syllabub, had been known in England at least from the sixteenth century. It’s a pudding of various consistencies—I’ve seen it thick enough to eat with a spoon, or a thinner concoction poured over fruit or cake.

If they had enough money, the average Londoner ate well even though food inspections were intermittent. However, some of the grub they fancied are somewhat foreign to our palates. 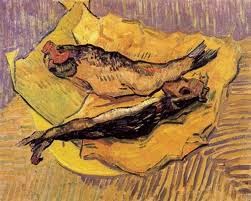 A few examples: Bloaters, a street food, was a cold, smoked herring that was eaten whole, gills and eyes included. The painting to the left depicts bloaters as seen by Van Gogh. Calves’ foot jelly—a dish my British mother made until we all rose up in protest—was also popular. Some of the tastier dishes available on the street include meat pies—pasties, which you might want to wash down with ginger beer, a perennial favorite that’s still available.

Here’s where you can buy Sherlock’s Scandal:
http://tinyurl.com/deMelloSherlock

I could go on and on...I've written a lot of historicals and done a lot of thoroughly delightful research... Enjoy!
Posted by Suz de at 12:00 AM