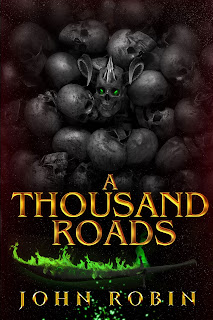 It's been a literal year since I've finished reading a book (other than the books I read for work). I remember packing for a vacation to Australia a year ago and taking along two paperbacks I knew I'd like.

I was so angry with both books that I put them down unfinished. One is a thriller by an author who has a serious "bury the gays" problem and when I saw the antagonists were a gay couple, I knew we'd have a repeat. The other was a sci-fi novel that, among other things, was exploring racial tensions. I put it down when someone went on a very public racist tirade against their coworker, and their boss basically said to the racist guy "Take it easy on him!" That was it. No other follow-up. A racist tirade like the one depicted in that book should have led to an immediate dismissal. It certainly would in modern day context, so I'd expect the same in a utopian future. I was disgusted, so I closed the book.

Anyway, after that, I really got out of reading. I tried to read a couple other books but quickly lost interest. Everything I picked up was either boring or I had a big complaint about it.

Then my husband John Robin published his fantasy debut A Thousand Roads.

I picked it up and read it and kept reading it. I'm almost done -- less than a hundred pages in this 590-page book.

And it paid off.

The difference between the first draft I read seven years ago and this now-published final copy is stark. The core story is still there -- the most important part. But the storytelling has matured a lot over seven years. While the first draft was really good, this final book is fantastic.

Of course I'm supposed to say that because I'm the devoted husband. But even if I wasn't, I would still say the same.

A Thousand Roads follows Jak, an orphan youth who always seems to have those who love him torn away from him. When a dark power rises and the world readies for the evil to come, Jak finds that people are out to get him. Someone wants him... for something.

Armed only with a sword that his mentor gave him before dying, he ventures out into the world in search of escape. He wants peace. He wants his books. He wants family.

In his quest for escape, he meets people who promise to help him, but he soon learns that everyone has a nefarious plan. Everyone wants to use him for their own purposes. Including the dark lord himself.

Find out more at John's website.
Posted by Cameron D. James at 12:36 PM