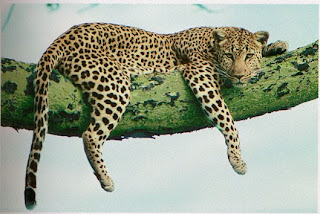 Humans are social creatures. We are communicators by nature, signaling to each out our wants, needs, desires and affection with words, lingering glances, soft touches, and so much more. We are capable of conveying so much with each other.

We are also marvelously capable of miscommunication.
It's enough to make you wonder if any other animals can truly mess things up on the scale that humans can. After all, how many birds in the rain forest, screeching a warning about a snake, are actually calling out that a leopard is about to pounce?

Yet we can manage to say something, have it mean one thing, and have it interpreted as something completely different quite well.

I marvel at those who are capable of making themselves perfectly understood all the time. Because I have been married twelve years, and we lived together two years before that, and we still have miscommunications rearing their ugly heads from time to time. And we understand either other normally.
Perfect strangers? I gave up a long time ago on trying to have completely synchronous conversations. They can take what they want from the conversation.

I've learned from years of working with the public, that human communication is less about the words you use, and more about what the other person wants to think that you said. If someone is spoiling for a fight, they will twist anything you say, regardless of tone, word choice, body language, etc. Likewise, if someone wants to read something sexual into your words, they will.

One of the authors at the Erotica Readers and Writers Association, a guest to the blog a few weeks back – Mike Kimera, had a tagline on his emails that has always stuck with me. It said: "What you read is not what I wrote. I supply the text, you supply the meaning."

To me, truly effective communication is having the person I am talking to on the same page enough that their interpretation of my words matches my meaning when I said them.

Beyond that … it's all a matter of did they warn you about a snake? Or a leopard? Me, I'm gonna look around for both, cause who the heck knows which one they meant.
Posted by Michelle Houston/Houston Michaels at 8:00 AM