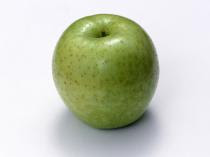 the word made flesh.
electric whispers
trace the wires
speed of light
the dream takes shape.

(here I am now,
on my knees,
bound and breathless,
open and still,
awaiting your will.)

(seductive, real
as the lust in your eyes;
you seem surprised.)

moon embraced
in naked branches,
nightwind breathing
in my hair,
westbound plane
burns through the dark.
I speak your name
and you are there.
fragile walls
between the worlds
melt to mist:
I step beyond
the looking glass.

(eat me. drink me.
all transformed,
logic crumbles,
powers awaken;
offered for
the ritual --
offered, and taken.)

inscribe the signs,
recite the charms,
weave the web
of words. We practice
ancient art:
veritas
in nomine.

(Domine,
you called me, claimed me,
named me with
my secret name,
clasped me
in this circling flame.)

now we reinvent each other,
mage, apprentice, captive, lover,
fashion masks
from the stuff of Story,
words as lens
to focus longing,
coalesce
vision to flesh.

I wrote my first poem when I was about seven. If I recall, it had a historical theme, celebrating Thanksgiving. No one taught me how to write poetry; somehow, it seems, I always knew. Of course, my father used to make up songs and nonsense rhymes for us (“Did you ever make a wish / that you owned a dancing fish?”) and my parents read aloud to my brother and me before we learned to read ourselves. Being exposed early to the music of words primed me to create such music myself.

I wrote occasional poems throughout my childhood, but when puberty hit, the floodgates opened. I wrote about my infatuations and my heartbreaks, my doubts and my jealousy. Poetry was an outlet for all the intense, confusing emotions of youth.

Through college, graduate school and my first few years on my own, I filled notebooks with my verses. As I got older I became more aware of the issues of craft, but my subject matter did not vary much. I wrote mostly about love, requited and unrequited, and about the mysteries and revelations of sex. Sometimes I page through those notebooks now and look at the dedications, always indicated by initials. “To M.W.” “To P.S.” I'm embarrassed to note that in some cases, I can't recall to whom some of the dedications refer, though at the time (I know) the power of desire threatened to sweep me away.

After I married, the flood dwindled to a trickle. I guess that I was no longer suffering from the angst that was my constant companion in my younger days. Or perhaps I was too busy building a new career and traveling the world. Now a year or two might go by without a poem bubbling up inside and begging to be written down.

I sometimes miss the urgent intensity of a poem crying out inside me. Poetry for me has never been something that I could sit down and summon. It has always been a gush of inspiration, even if craft tempered the expression.

Now all my poetry notebooks are stacked in a box in our store room. Occasionally, I think that I should pull them out and transcribe the contents into more permanent form. To be honest, though, I don't know if it's worth the effort.

With all the poetry I've written, only one of my poems has been published. “Providence, July, 1974” was included in Volume 2 of Slow Trains (Samba Mountain Press, 2003). That poem is unusual in that it's not about love or sex, but rather, is an evocation of riding my bicycle at dusk in the historic city where I went to college.

I've posted a number of other poems on my website, in the free reading section. I sometimes wonder whether any of my readers have looked at them.

Even though I don't write much poetry now, it still speaks to me. It touches me in ways that prose rarely does. As Archibald MacLeish writes in “Ars Poetica”:

A poem should be palpable and mute

As old medallions to the thumb,

Silent as the sleeve-worn stone

Of casement ledges where the moss has grown –

Poetry is something you sense rather than think about: words, music, emotion, a direct connection to the heart, bypassing the rational mind. This doesn't mean you can't dig deeper to analyze why a poem works or doesn't, or revel in the layers of meaning. However, the emotion comes first; the analysis only deepens the appreciation.

I'll end with of my poems from the same period as “Logos” - a brief meditation on submission.

The silent dragon
swallows the moon,
savors her roundness,
rolls her ripe flesh
upon his tongue.

She does not struggle;
she knows her role
in this cosmic dance--
surrenders her soul.
As the veil descends
before her eyes,
she knows she will rise
purely burning.