There are many types of different men, that I drool/get rabies/make an idiot out of myself over. Short men, fat men, thin men, muscular men, men in sweater-vests, men outside of sweater-vests. Men who are part alien or all robot or soul-sucking vampires from the planet Blargon 6. You name it, I've crushed on it.

But I reserve a special place in my heart, for sexually flexible men.

And of course I know he likely doesn't exist apart from inside my fevered imagination and in the pages of some of my stories, but a gal can dream, can't she? Perez Hilton isn't always right about everyone being gay and not bisexual no not ever don't you know there's no such a thing? Bisexuals are just kidding themselves! 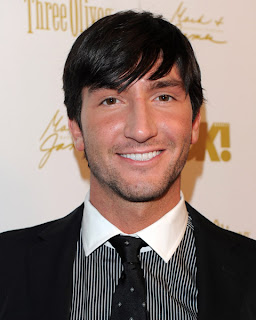 And if this guy doesn't occasionally like disappearing into some bushes for a forage, with some dude he's "just" "friends" with, I'll eat my hat: 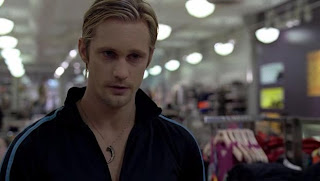 It's just a fact. Some guys like it both ways, and I like to think about it and write about it- in fact, much like Lisabet I feel a kind of safety in writing about sexual flexibility and tentative forays into experimentation, because I'm not trampling too much all over a culture that I can only ever know a little bit about.

I understand sexual flexibility. I can relate to that feeling of "oh, uh, maybe, okay then". And therefore I feel qualified to represent it.

Or at the very least, I feel as qualified as I'm ever likely to. Which as usual, isn't very qualified at all.
Posted by Charlotte Stein aka The Mighty Viper at 7:00 AM